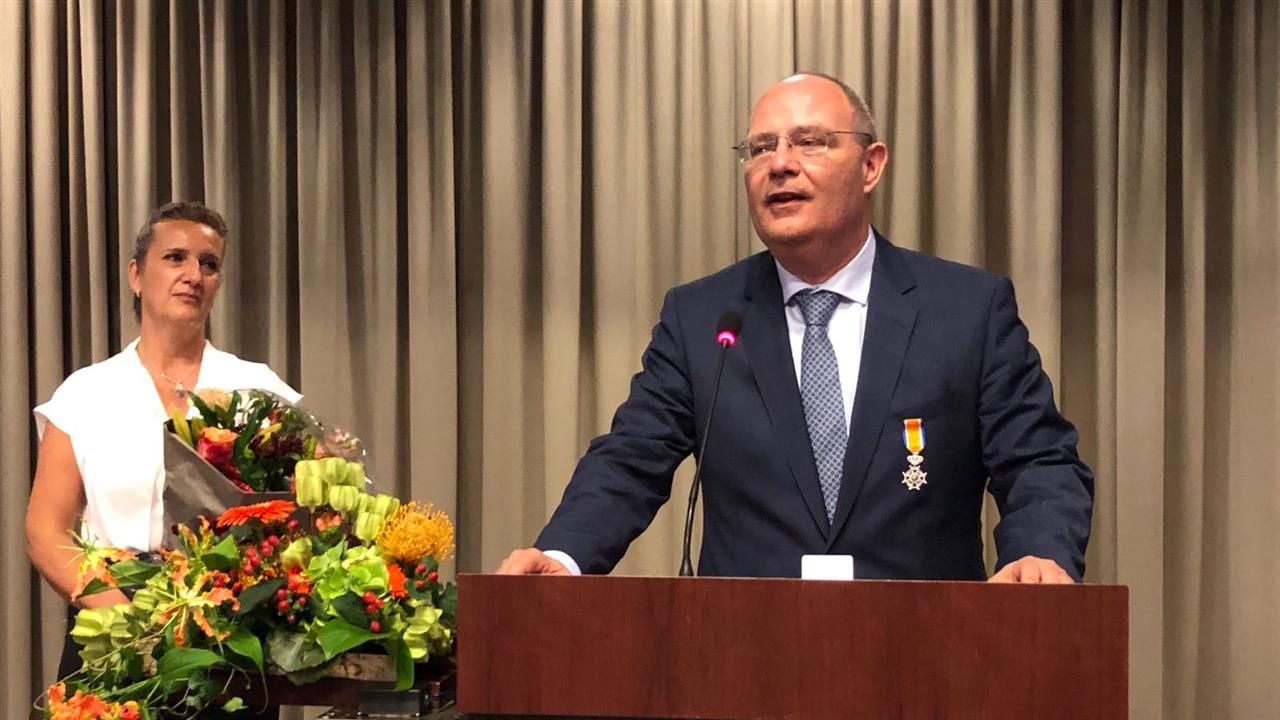 A departing city councillor of Eindhoven, Marcel Oosterveer, was honoured on Tuesday evening.

He was appointed Member of the Order of Orange-Nassau during the Municipal Council meeting. He was a member of the Eindhoven City Council for ten years. Before that, he was a Provincial Member in Brabant for several years.

According to the Municipality, in the recent times, he has played an especially deserving role in the field of local finance. In addition, he was chairman of the Audit Committee in the city.

Oosterveer was also sworn in as new Councillor of Finance for the city on Tuesday evening. In this position, he will have to implement substantial cutbacks in the coming years.