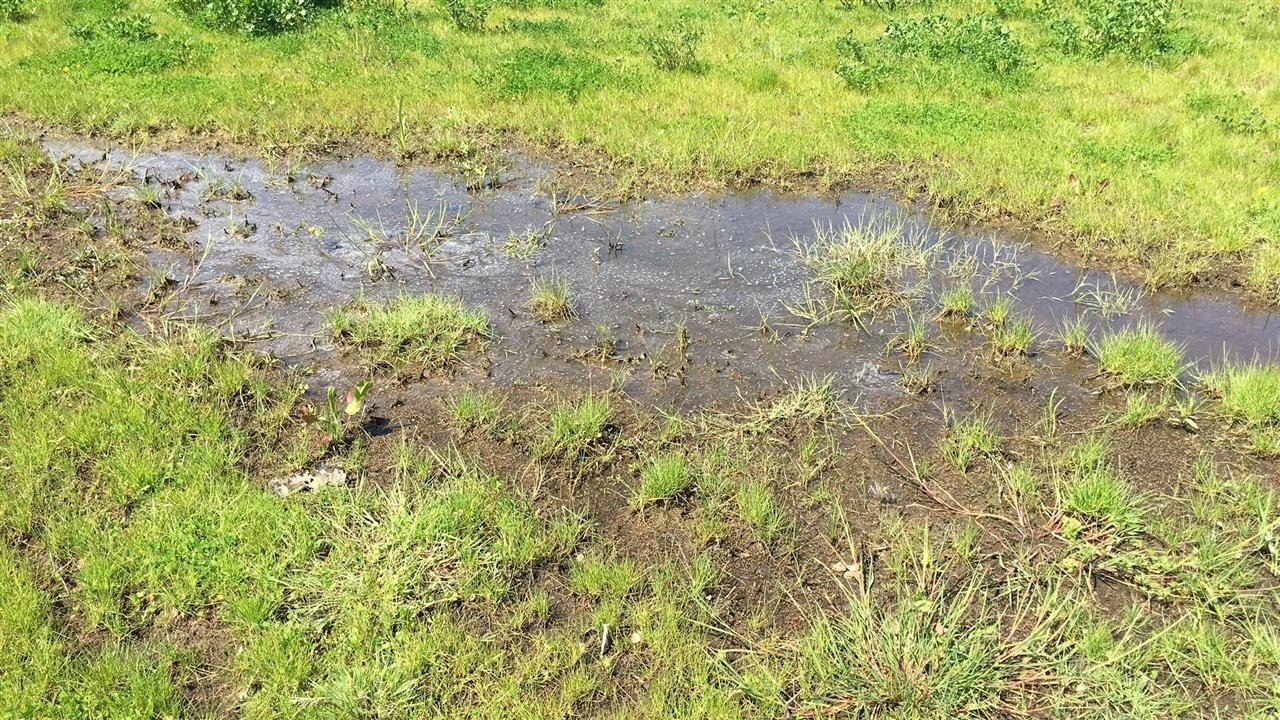 The problem of the flooding in Genderpark in Eindhoven will be partly tackled by the city.

Both the Ouderen Appel Eindhoven (OAE, political party for senior citizens) and Studio040 asked questions over the many puddles and flooded areas in the park. The soil at the park was recently cleaned because of contamination. However, some parts remain submerged for days, and sometimes weeks, after heavy rain. People in the neighbourhood are concerned about the situation in the park.

The council says the sanitation of the park was a success. It will, however, take years before the soil will be completely permeable again. The council also emphasised that the park has always been a wet area because of the layer of loam in the ground. “Genderpark will always be a wet place”, they stated.

Solutions
Nevertheless, the council says that it will address the problem in some places in the park, especially the pathways. Possible solutions are raising the paths or moving the soil, so trees are not continually standing in water. The path behind the primary school has already been dealt with, according to the council.

The council was aware that, despite the sanitation of the soil, there would always be wet areas in the park. This is partly due to the sloping of the terrain. Only, the council could not predict where. Now that this is visible, it is easier to decide where something can or cannot be done.

Trees
People in the neighbourhood say old trees are dying because they are always standing in water. The council disagrees with this because the soil around the trees was not sanitised. Nothing has changed when compared to before the sanitation. According to the council, the trees have always been standing in water and, after checking them, have found to be fine.

The council also reports that 160 trees were planted in Genderpark. They admit that not all the trees will survive but that this is a normal occurrence. Trees that have died are removed by the contractor. Furthermore, the council will take stock in three weeks time as to how it can improve the growth of the trees, and if other types of trees should be planted.