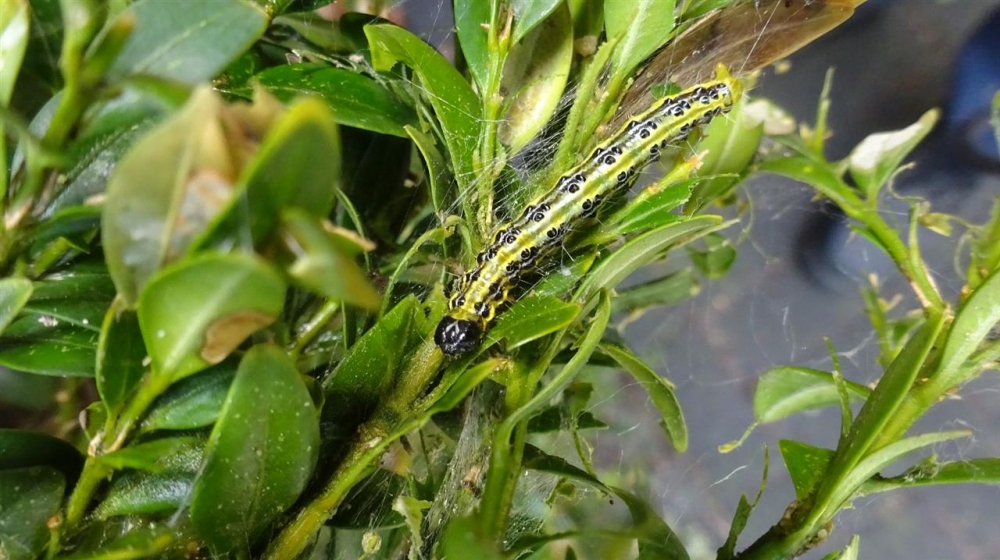 More and more people in the Eindhoven region are suffering from box hedges that have been stripped bare and discoloured.

The culprit: the box tree caterpillar. These insects nest in the green foliage and then proceed to eat everything in sight. Some residents have become despondent. “Within a week, it may be too late. There is such a hedge in seven out of ten gardens, so people need to pay attention”, Stefan Adriaans from Someren says. He has several hedges in his garden that are affected.

The box tree caterpillar and butterfly come from East Asia. They supposedly got a foothold in the Netherlands through a freight of plants a decade or so ago, the Butterfly Association said. The caterpillar is sometimes difficult to combat. The efficacy of various kinds of pesticides is disputed. The cause of the caterpillars’attack in the Eindhoven region is unknown.

At Bijsterveld Hoveniers (Bijsterveld Gardeners) the phone is ringing off the hook. Customers want to bring the caterpillars in their gardens under control. There are many complaints from the American neighbourhood in Eindhoven North. “I suffer from it myself. But repeated spraying eventually helps,” says gardener, Huub Bijsterveld.