Home NEWS A67 between Eersel, Eindhoven closed for hours 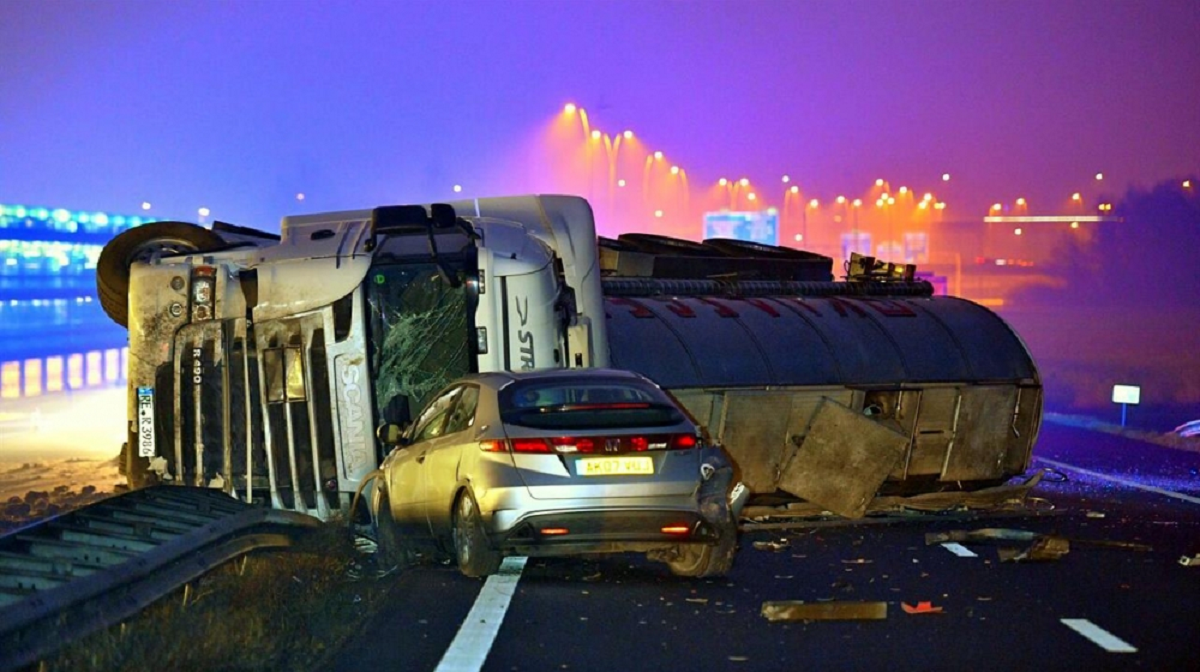 On Friday morning, an accident caused the A67 near Eersel to be closed off in both directions.

The police said the closure of the highway would last all morning, at the least. At around 5:30, a fuel tanker carrying sodium hydroxide, which is a corrosive substance, fell over. Only fire brigade personnel in protective clothing were allowed near the vehicles.

The truck, travelling in the direction of Eersel, drove through the crash barriers to the opposite lane and subsequently fell over. A car, which could not avoid the fuel tanker, crashed into it. This caused the tank to start leaking. The driver of the truck received minor injuries and was taken to the hospital. The other driver was not hurt.

Clean up
The trapped traffic has since been diverted, and the emergency services are busy clearing the crash site. A specialist company is cleaning up the substance by pumping it up. After that is finished, the tanker can be pulled upright, and the repair of the crash barriers can begin.

Delays
The closing-off of the A67 is expected to cause considerable delays on the roads of South-East Brabant. Motorists between Antwerpen and Eindhoven are advised to travel via Tilburg and Breda on the A58 and E19. People driving in the Direction of Den Bosch are encouraged to take the U27 at Eersel. Motorists travelling in the direction of Maastricht are advised to take the U48.