Home NEWS No busses in Eindhoven region; unclear when service will resume 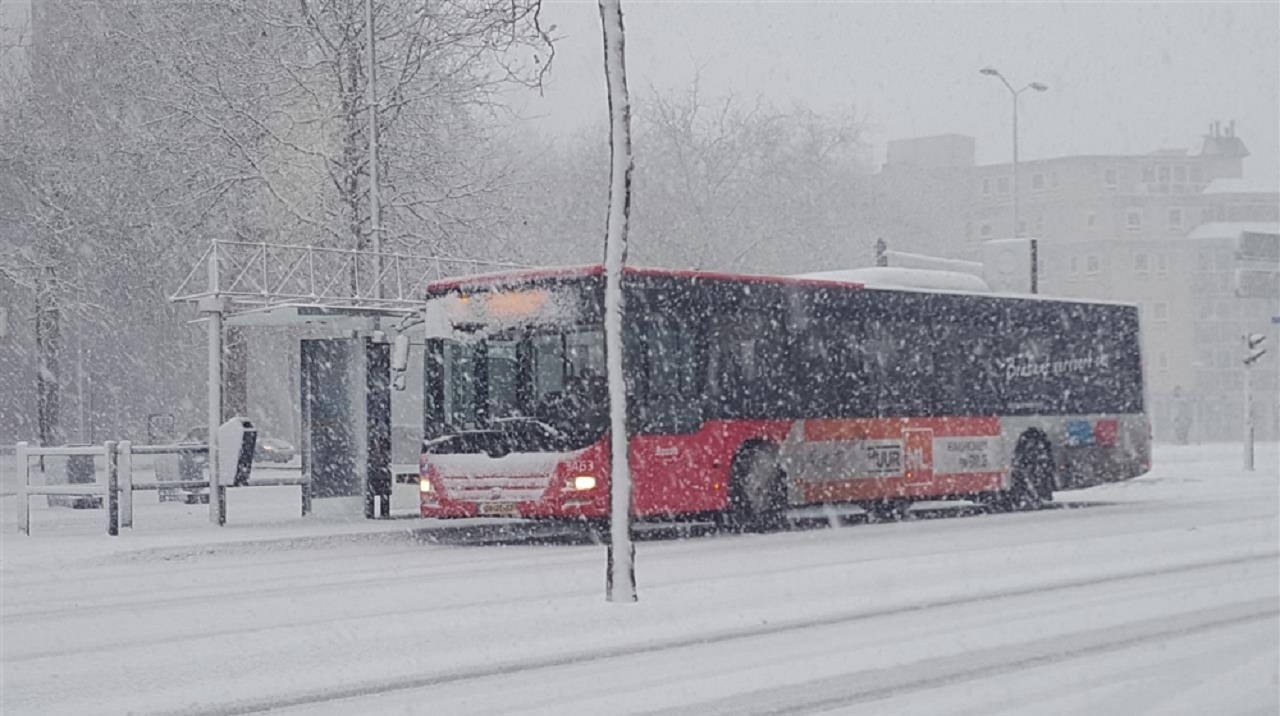 Sunday, Hermes was forced to take the same measure. The changing weather conditions have made roads too slippery and dangerous in many places. It is unclear when buses start going again. On its website, Hermes also states Bravoflex has suspended all services as well.

It is not just the new snowfall. Many roads in the region have become icy, with traffic having to drive at a slow pace or at a stand-still.

Delays mainly occur on the roads around Eindhoven. There have been accidents on the A2 between junction Batadorp and De Hogt and on the A67 motorway between Eindhoven and Venlo.

NS uses fewer trains because of the snowfall. From Eindhoven station, just one train per half hour leaves for Amsterdam. Other routes are also affected. NS advises passengers to check its website or use its App.