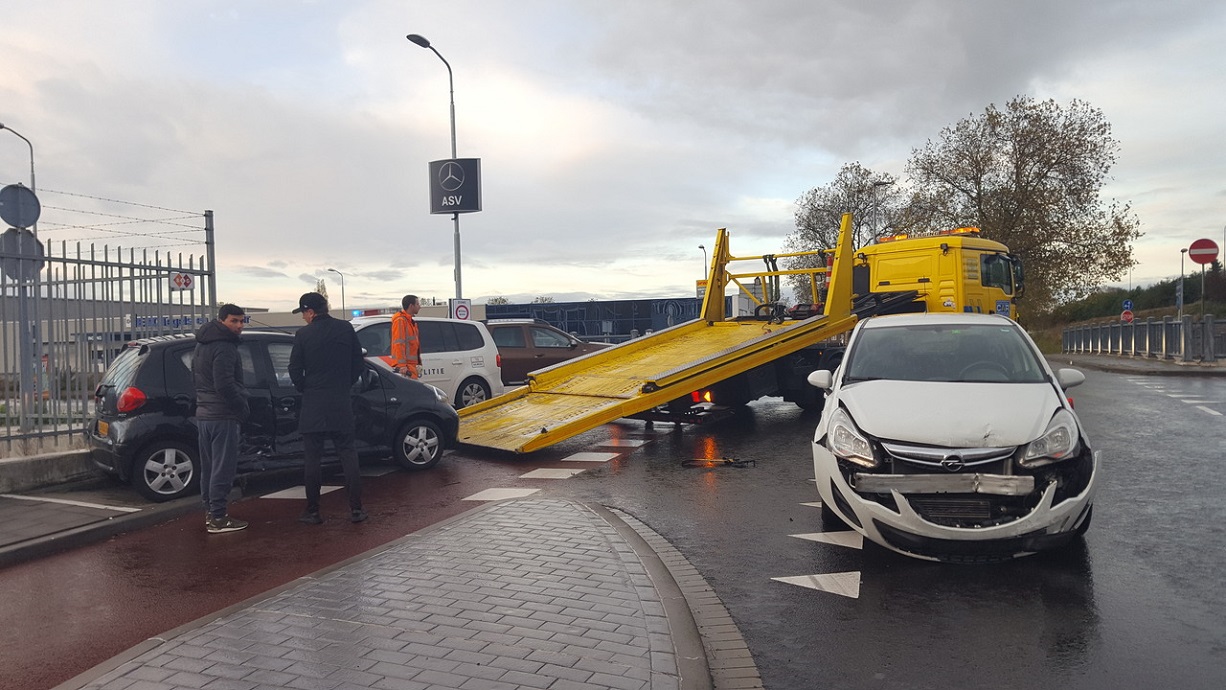 Yesterday, two cars were seriously damaged in a collision at the corner of the Kanaaldijk-Zuid canal dyke and the Hugo van der Goeslaan in Eindhoven.

The accident occurred at the corner of the former Campina factory, towards the end of the afternoon. One car wanting to cross the Hugo van der Goeslaan in the direction of the city centre, was hit by another one in a broadside collision.

Both cars had to be removed from the scene by a salvage company. The two drivers got out of the cars shocked, but unhurt.