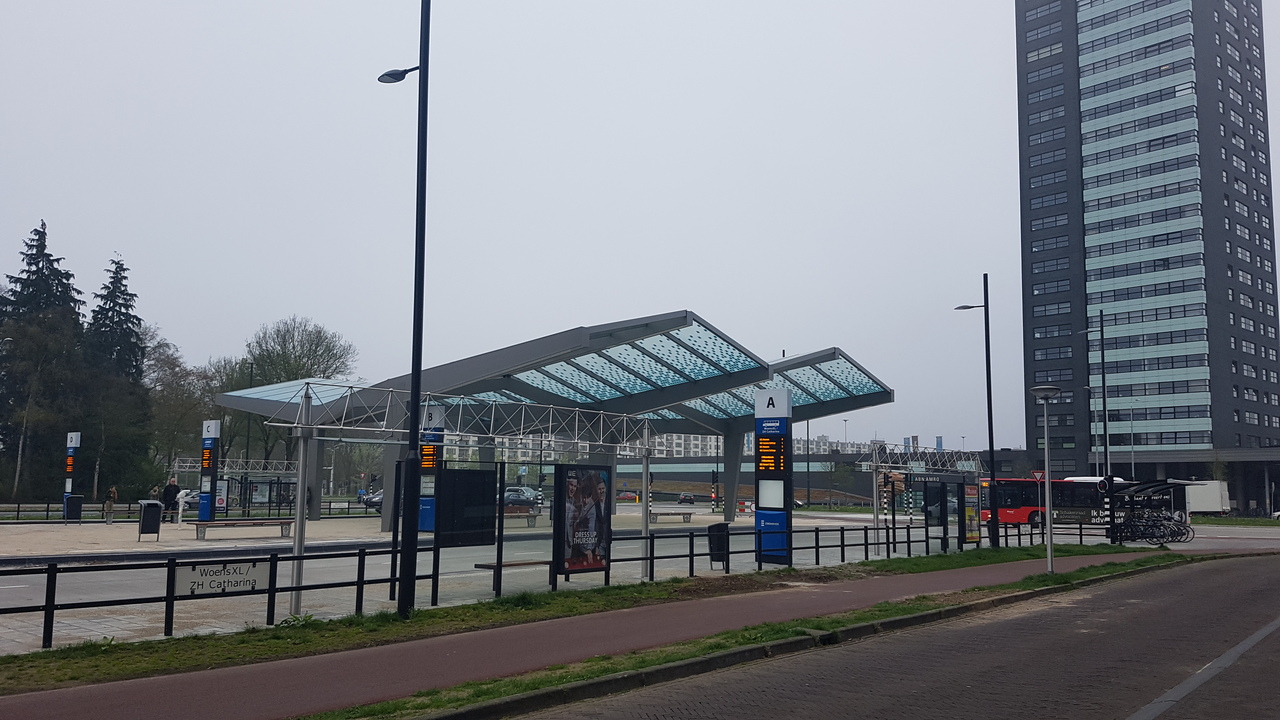 The new bus station on Montgomerylaan near the Catharina Hospital is in use, as of last weekend. Buses will now drop and pick up passengers at the four platforms of the station.

The construction was started about a year ago. But there were several months of delays. There was a setback with the assembly of the steel construction. The steel joists for the roof had to be remade after a mistake during the manufacturing process.

The new bus station will be a hub for bus travellers, so they don’t have to go to the bus station at Neckerspoel, at the central train station, to change lines. The station is part of the HOV-Line, High performance Public Transport, that is being constructed.