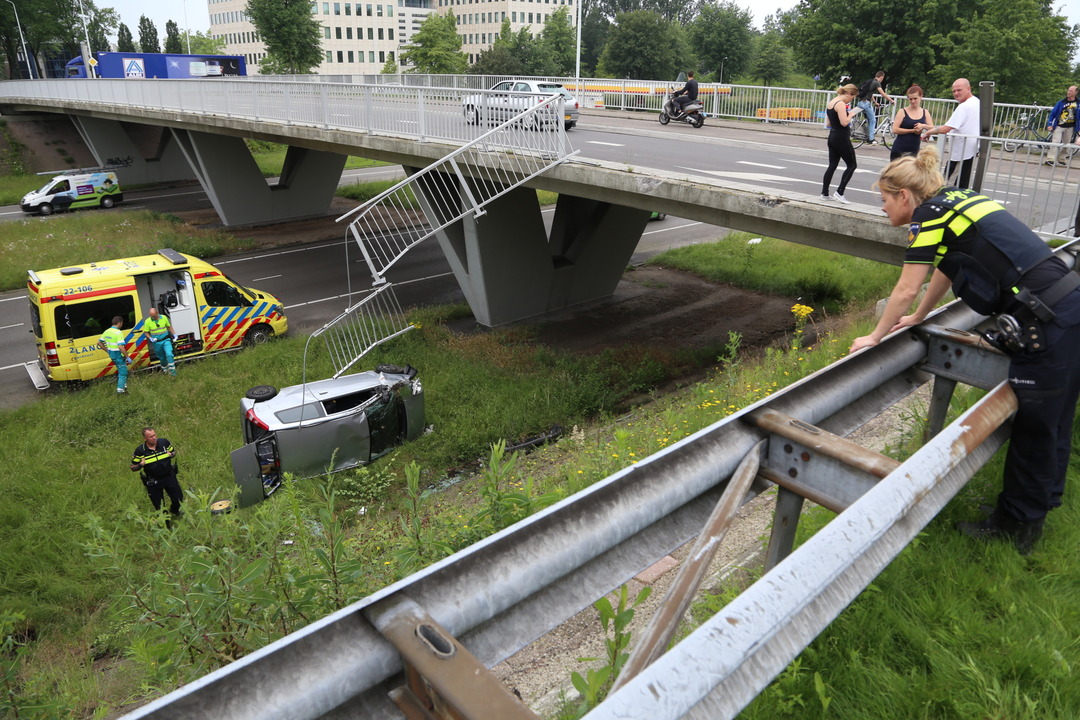 The traffic lights should have been there this fall already, but they are still missing on the bridge Airbornelaan.

Because of the missing traffic lights stakeholders were concerned about traffic being delayed. There were some simulations ran and it showed that was in fact, true. They are now evaluating how this delay can be prevented.

A solution was found in the idea of multiple lanes of cars, but to make that happen, trees would have to be cut. That only makes the project a lot bigger and much more expensive.

In the meantime, the costs have been covered by the province, but the execution is not scheduled yet. The prediction is that these can only be started in the summer of 2017. An evaluation six months afterwards will be held in regards with whether or not road safety was actually increased. If that is not the case, the traffic lights will be removed again.

Six months ago there was an accident involving a flying car from the bridge.