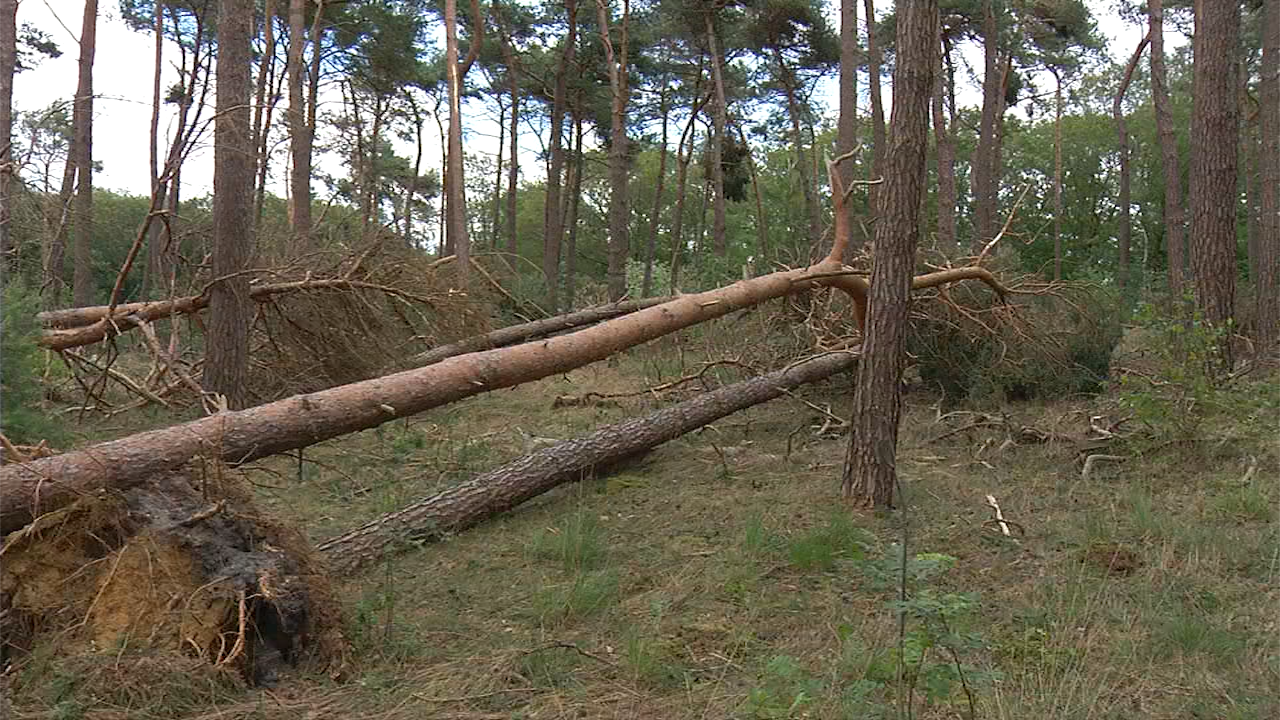 A part of the Strabrechtse Heide, (a big nature reserve area in North Brabant), is still considered unsafe for public access, also during next week. The unsafe area is in the vicinity of Mierlo. Staatsbosbeheer, (The Dutch Forestry Commission), advises visitors, not to enter the area by foot or by bicycle.

Fallen trees and partly broken/loose branches are dangerous for the public. The havoc in the area is a result of the recent stormy weather in the Eindhoven Region.

Sheep and birds had perished. Furthermore, parts of the forest and heathland were destroyed .The tall trees were 40-years-old. It is expected that the heathland will recover within five to eight years.

The Dutch Forestry Commission, is mainly concerned about the damage incurred to the heather bushes and to the Gentiaanblauwtje butterfly- a butterfly species that hardly exists in other areas in the Netherlands. The Gentiaanblauwtje lays its eggs in the heather, which is now partly covered by the water. It is even more so painful, since the spring was just over and due to the recent extreme weather conditions, the heather will not bloom this summer, nor will the birds brood.

A part of the forest is blocked by ribbons, in order to prevent the public from walking in the forest. Furthermore, warning signs are posted in the affected area.

The Dutch Forestry Commission will conduct surveys as to the size of the damage and the exact consequences thereof, during the following months.