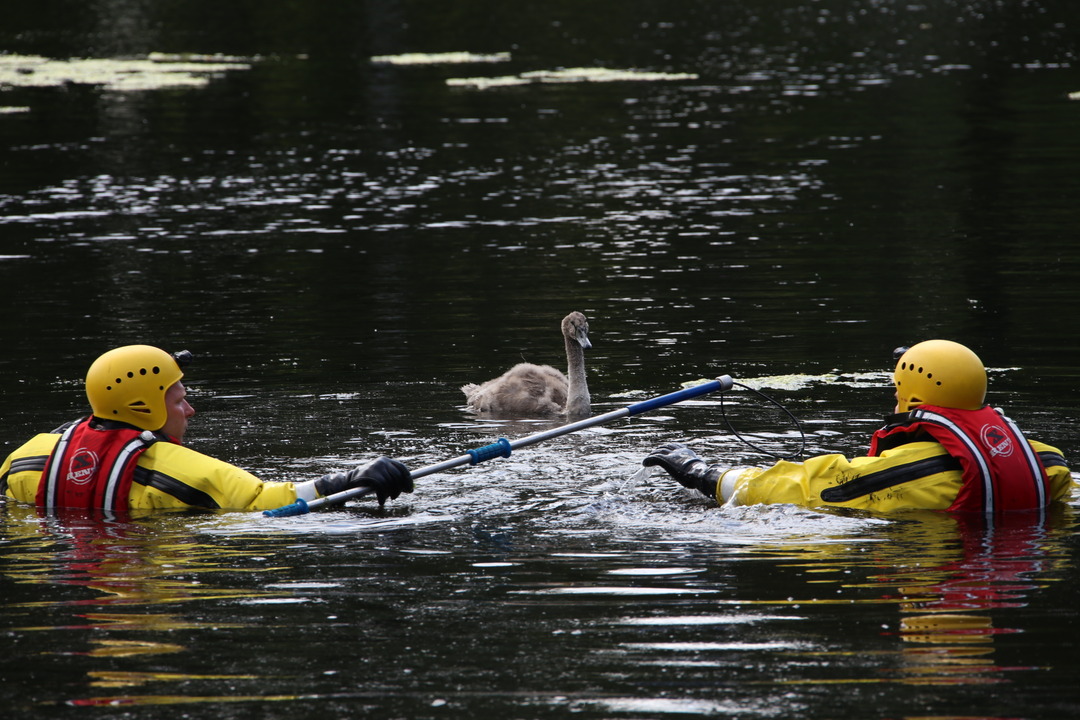 Firefighters have rescued a young swan that had been stuck in a fishing line. The Oppervlakte Reddingsteam (Surface Water Rescue Team) saved the animal from its predicament.

A woman living near a pond behind Orleanshof, in the Achtse Barrier area, noticed that the young swan was unable to extricate itself and called animal rescue services (the Dierenambulance). They were unable to reach the swan in the water and so they in turn called the firefighters, who were fortunately able to rescue the swan.

The animal is now free and been reunited with family, and there weren’t any complications. During the rescue, both swan parents and brothers and sisters stayed close.

In the short video, there are some scenes of the rescuers at work in the pond to help the little swan. The text is in Dutch, but translated here in this article.