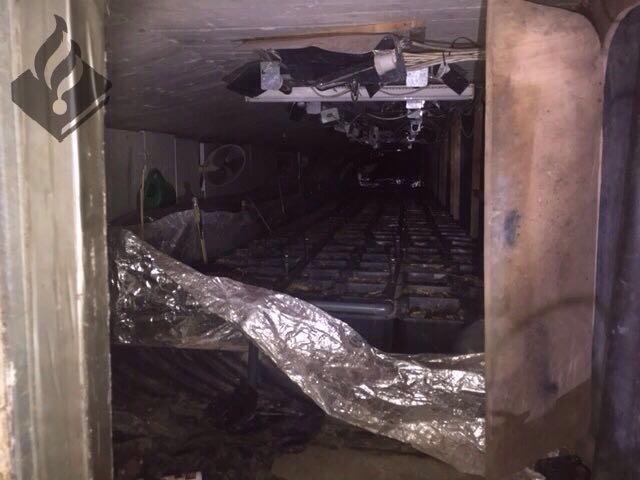 The police has found a large cannabis nursery in a very unusual place. The nursery was found under a viaduct at the height of the Beatrix canal.

As the entrance to the inside of the viaduct lays above water, police was present with a boat. An aerial platform was used to access the entrance.
The cannabis itself was no longer present. However there was space for about 500 planters. Electricity was taken illegally from a source from the A2, which lay over the viaduct.