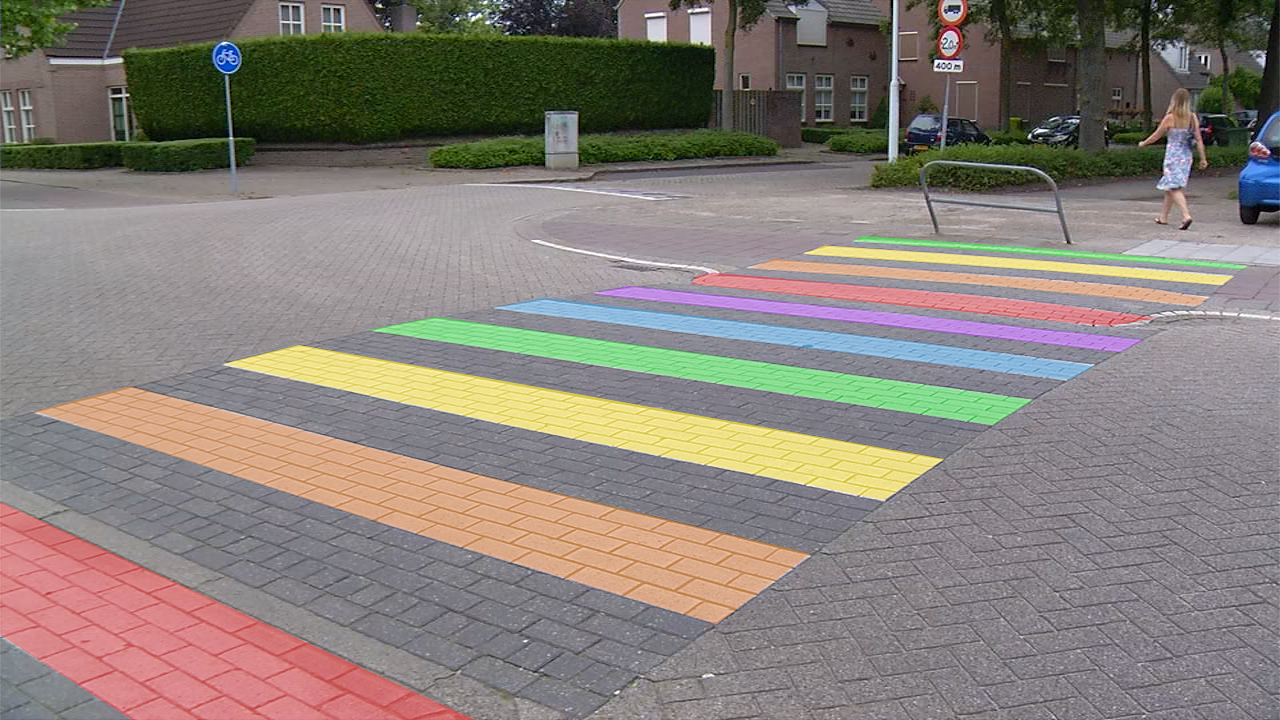 Kerkdorp Acht has a single pedestrian crossing, and the village council want to submit their crossing to have it appointed as the Eindhovens “Rainbow Pedestrian Crossing”.

Candidates crossings at de Vestdijk and de Wal would be suitable for a transformation to rainbow colours, however the council of the Kerkdorp Acht would really like to have their crossing chosen.