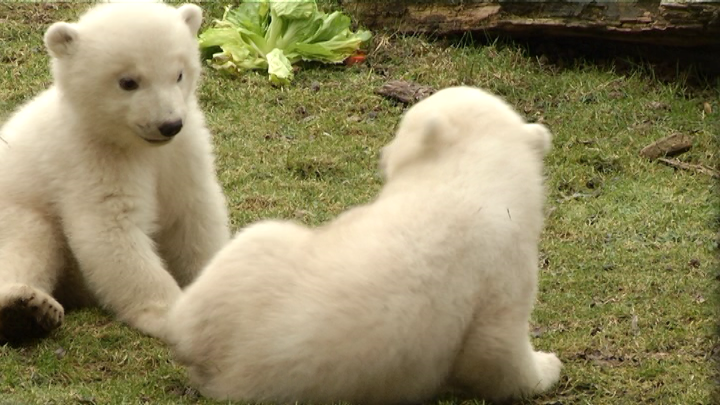 The new born polar bears Nick and Simon, born last November at the zoo Dierenrijk Nuenen, may very well be Nicky and Simone, female and not male as previously thought.

There is doubt about the sex of the polar twins. During an examination by the vet in February to determine the sex, the ‘private parts’ of the twins seemed identical and indicated they were male. However the polar bears were not really cooperating, and now the polar bears are too big and strong to still examine them.

The park has devised a new method. The polar bears will be observed extensively by the caretakers. But the zoo is also calling on its visitors to also observe, when the animals are at play, running or urinating.

The park hopes to determine their sex in this manner. They are also asking visitors to videos and photos on their Facebook page.

Should they turn out to be Nicky and Simone the zoo will be even happier as they are partaking in a European breeding program that needs more female polar bears.