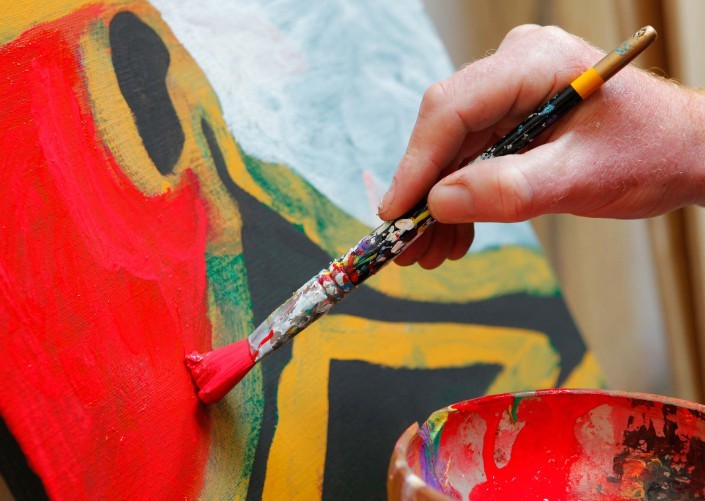 At the International Festival Eindhoven you can enjoy the painting(s) of Lex Grote but you can also be an active part of his inspiring workshops.

The workshops are for large and small groups, but also for individuals he provides instructive guiding.

Maybe you have seen him at the annual ‘Museum Night’ at Van Abbemuseum or his paintings in the Vershal of Strijp-S in Eindhoven but the pieces of Lex Grote have been exhibited in Aruba, Rotterdam and Amsterdam too. He has ongoing exhibitions in his private gallery on Geldropseweg in Eindhoven.

Lex’s work is characterized by luminosity: His paintings are an "image" and not "a story". His work concludes on modern Dutch tradition of "De Stijl" and "Constructivism. He has studied Graphic Design in Eindhoven and at the Royal Academy of Art and Design in ‘s-Hertogenbosch. He lives and works in Eindhoven.

Eindhoven News as the Media Partner of the event "Opening International Boulevard" on June 12, 2016 on Vestdijk, Eindhoven, is publishing details of the event regularly.