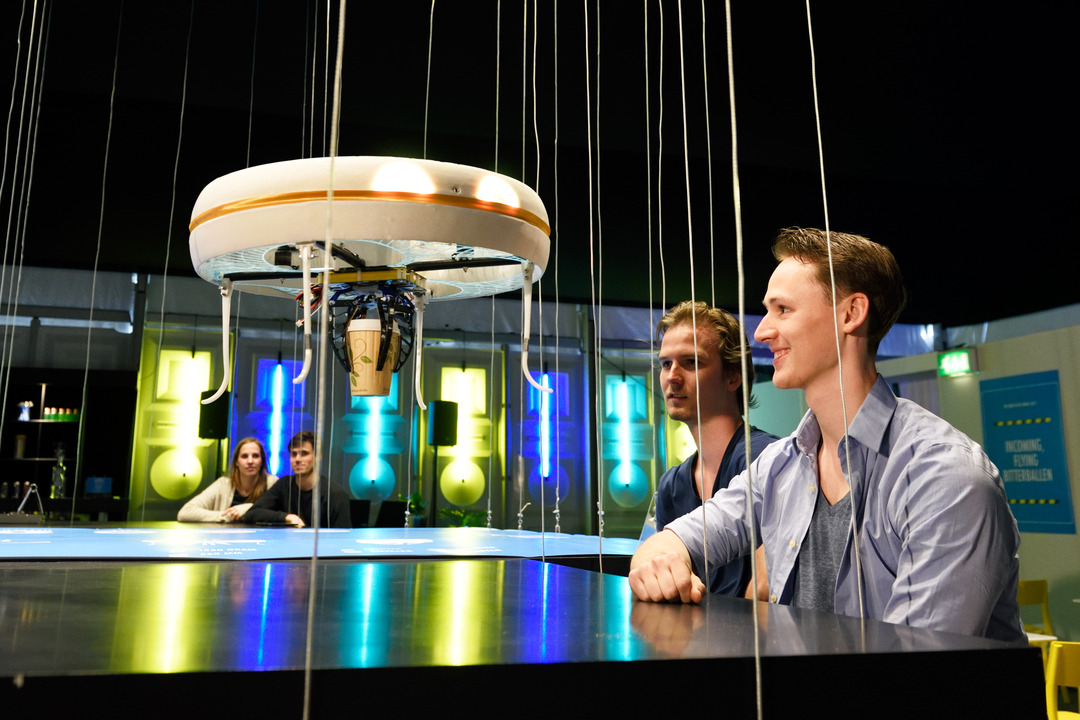 A drone that will take your order and also serve your drink. This will become reality on Friday in pop-up café, Blue Jay at the TU/e.

The pop-up cafe is part of the Dream&Dare festival in honour of the 60th anniversary of the university.

A group of twenty students of the Technical University in Eindhoven came up with the idea. The goal of the café is to get the general public more acquainted with the possibilities of drones according to team manager and student Tessie Hartjes.

The team manager is of the opinion that drones can do a variety of very useful activities: "such as the prevention of fires, tracking burglars and delivering medication".

The pop-up cafe will be open to the general public from Friday April 22.