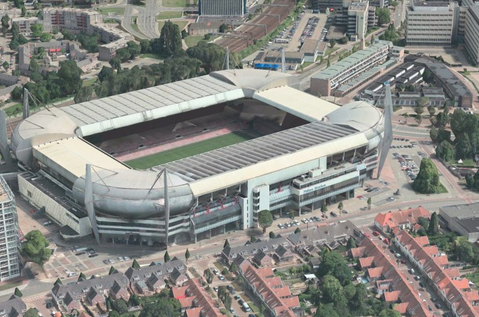 From now on, Eindhoven can be seen in 3D in Apple Maps. Following Rotterdam and Utrecht, Eindhoven is the third Dutch city to be represented in 3D in Maps.

Apple has recently put a lot of effort into the representation of European cities. The innovative electronics firm has charted in 3D not only Eindhoven, but a large number of the surrounding towns and villages.

In the last six months, Brussels, Antwerp, Bruges and a number of German cities have all been represented.

We estimate that the 3D images of Eindhoven were made about a year ago. Besides Eindhoven, places such as Best, Valkenswaard, Geldrop, Aalst, Waalre, Nuenen, Mierlo, Leende and Son en Breugel can all be viewed in 3D.