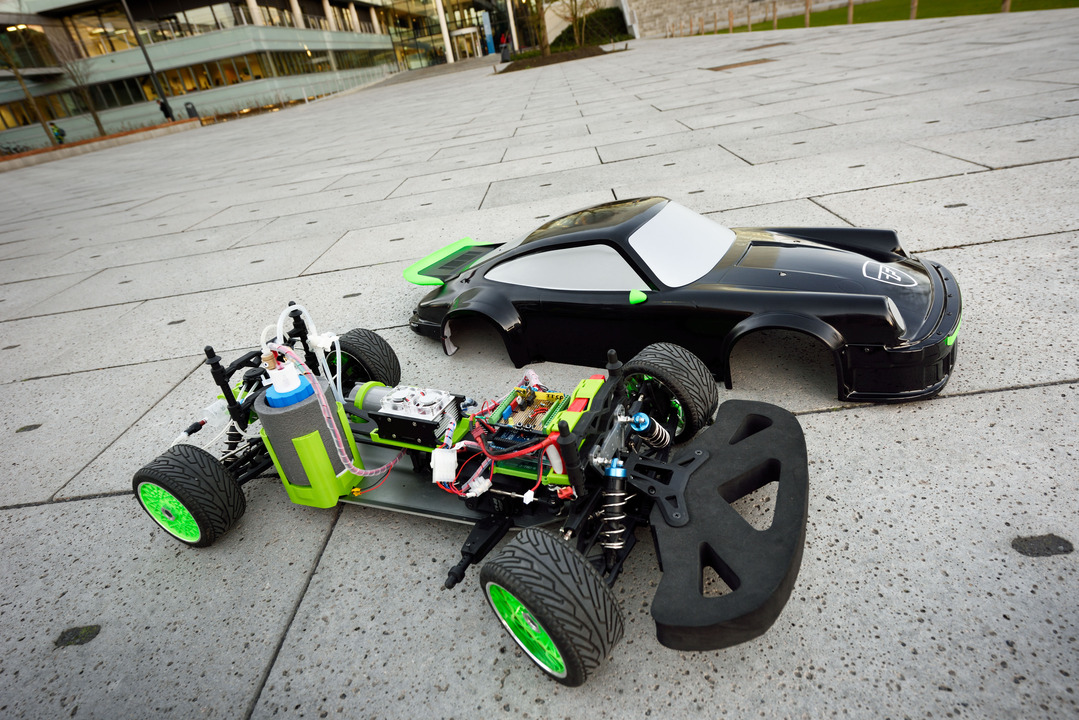 Students from the Technical University of Eindhoven are working on the first car in the world to run on formic acid. As proof team FAST will present a working scale model on Thursday.

The world has been searching cars to run on hydrogen for ages. It would ensure that fossil fuels such as gas and gasoline are no longer needed. Until this moment it was not possible. Hydrogen must be transported under high pressure. The risk of explosions is too high.

FAST is a new team of students from the Technical University. The team consists of 20 Students of different disciplines. They have found a solution to the problem.

WHAT IS FORMIC ACID?
Hydrogen can be converted to formic acid in their new car, a substance that is also produced by insects. Last year the team discovered that it can be done by the use of oxygen.

And it also works the other way round. Formic acid can also be quickly converted into hydrogen. Now hydrogen can be transported as harmless formic acid and be converted in the car.

FAST won a BRAINS award for sustainability last year for this idea and late last year the team won a scholarship of 50,000 euros in the Open Mind competition from Technology Foundation STW.