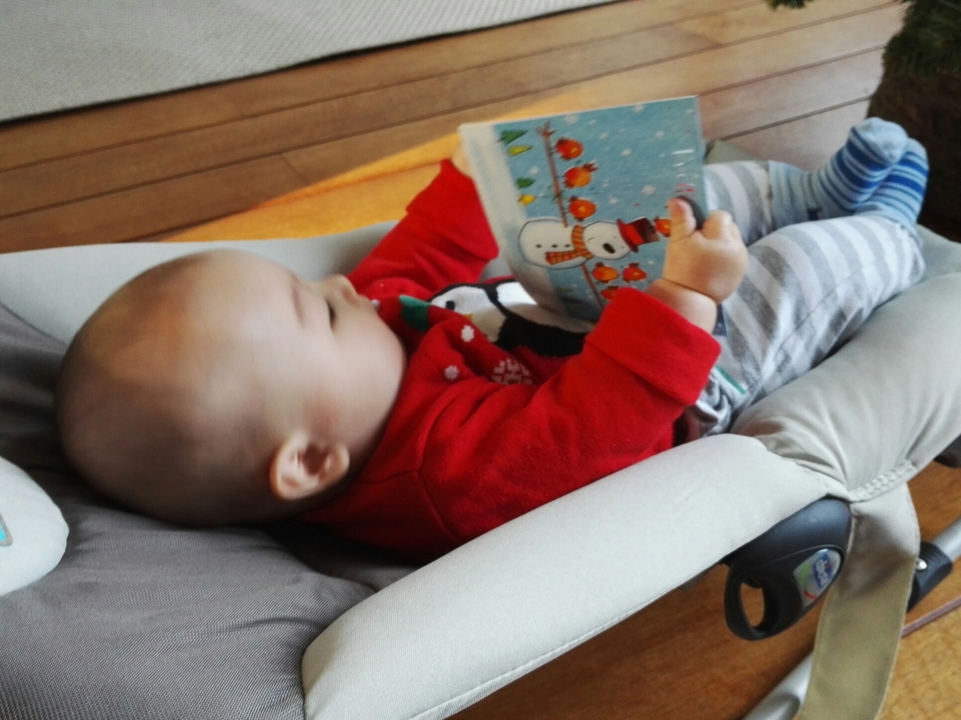 It is way too tempting when one can fly Ryanair from Eindhoven to Rome for 15 euro one way. Plus it takes only 2 hours, so our baby boy got on the airplane for his very first time. Rome is not a stroller-friendly city but we managed. The only bummer is that he cried whenever we were at the restaurant for dinner.

One day, we wanted to try a restaurant in the basement. While hubby was transporting the stroller down there, our son was screaming and crying like the volcano eruption. Just when hubby was about to use up the last bit of his strength and patience, I told him that I couldn’t breastfeed our baby until I answered the call of nature. I swear I saw sparks in his eyes; not the romantic kind, you know.

The moment our baby reached his milk factory, the world was upgraded to heaven. I wondered, "did I just become deaf or is it really quiet here?" Hubby might have had the same question when our eyes met each other. The next second, we burst out laughing and I couldn’t stop it for another minute. I must have looked insane. For that, we ordered two glasses of red wine.

After having enough drama in the restaurants in the past few days, we both agreed to eat in the room on our last night in Rome. We got a good selection of pizza, mille-feuille, and brownies. We also received a nice bottle of white wine from the B&B host. Last but not the least, and actually the most important, formula milk in case we would need it.

My alcohol tolerance must be very low since I haven’t had a drink for a year. I felt pretty tipsy after a glass of white wine and this feeling brought me back to our first date in a rooftop bar back in Taipei. I have to admit that I felt young and free for a few hours that night.

However, the other night I felt embarrassed and slightly irresponsible. It was ‘Sinterklaas’ evening: I had some gas in my stomach after dinner. Before I realized it, I already leaked out and it was just loud enough for my mother-in-law to hear. She looked at her grandson who was sitting on my lap saying, "oh, ik hoorde dat; wat heb je gedaan? (oh, I heard that; what did you just do?)" The little devil on my shoulder won again. I decided to let my baby boy be the scapegoat.

I smiled at her and hoped the air would be fresh soon.

What about New Year’s Eve? We celebrated it at our friends’ place. The deal with our baby boy was that WE decided what time to start the party and HE got to say when we would go home.