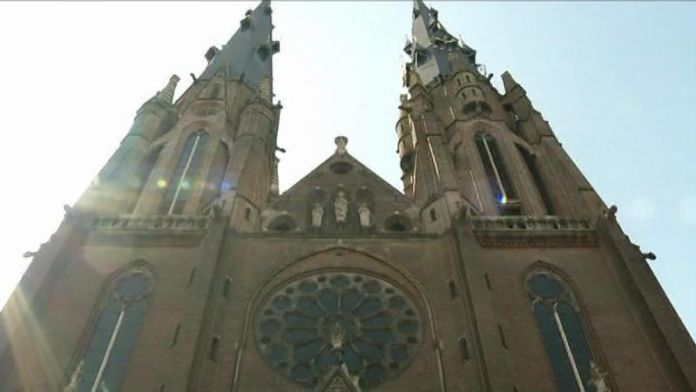 The experiences of a nest of rare falcons on one of the towers of the Eindhoven Catharina church can now be followed live on the internet.

A webcam has been placed near the nest. The so-called peregrine falcons have been in the tower of the church one year now. Since then a nest with three cubs has been hatched. If all goes well, next month a new nest will be built.

Placing the webcam is an initiative of the Municipality, Stichting Stadsnatuur (urban nature foundation) and city marketing organization Eindhoven365.
25 years ago there were only thirteen peregrine falcon pairs in the Netherlands. In the meantime, there are sixty. The municipality is pleased with the falcons, because they allow for more biodiversity in the city and keep the pigeon population limited.

Since 2011 the peregrine falcons breed in Eindhoven. Earlier, they had a nest on the TD-building in the Eden Street. Because that building is getting a new destination, the nest has been moved to the Catharinakerk.