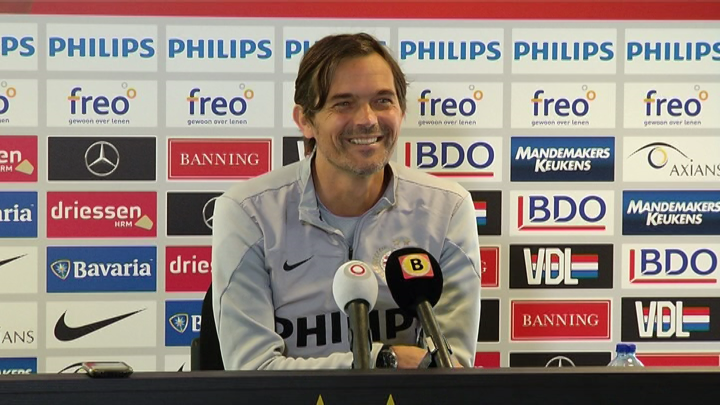 PSV trainer, Phillip Cocu, is satisfied with his team’s victory over Feyenoord. The Eindhoveners won the first match since the winter break, in the Kuip Stadium, by a surprising 0-2.

"Mission accomplished. On to the next one," said Cocu after the game in an interview with the NOS. He added that he felt PSV had played carelessly in Rotterdam, in the first half, resulting in much unnecessary loss of the ball. However, the team rallied after half-time, and Cocu is pleased with his players: ‘They listen well, I’m pleased about that.’

Cocu also praised the mature way in which the Eindhoveners made the Kuip match their own, and calmly finished the game. Cocu: ‘That really pleased me, everyone really got on with the game. That’s what you call: playing European style.’

The victory over Feyenoord has put PSV in a stronger position, in second place in the ratings, three points behind leader Ajax.

The next game is on Sunday 24 January at home, against FC Twente. Halfway through the season, the Twenteners are hanging around in 16th place in the Premier League (Eredivisie). The game starts at 2.30 p.m. next week, in the Philips Stadium.