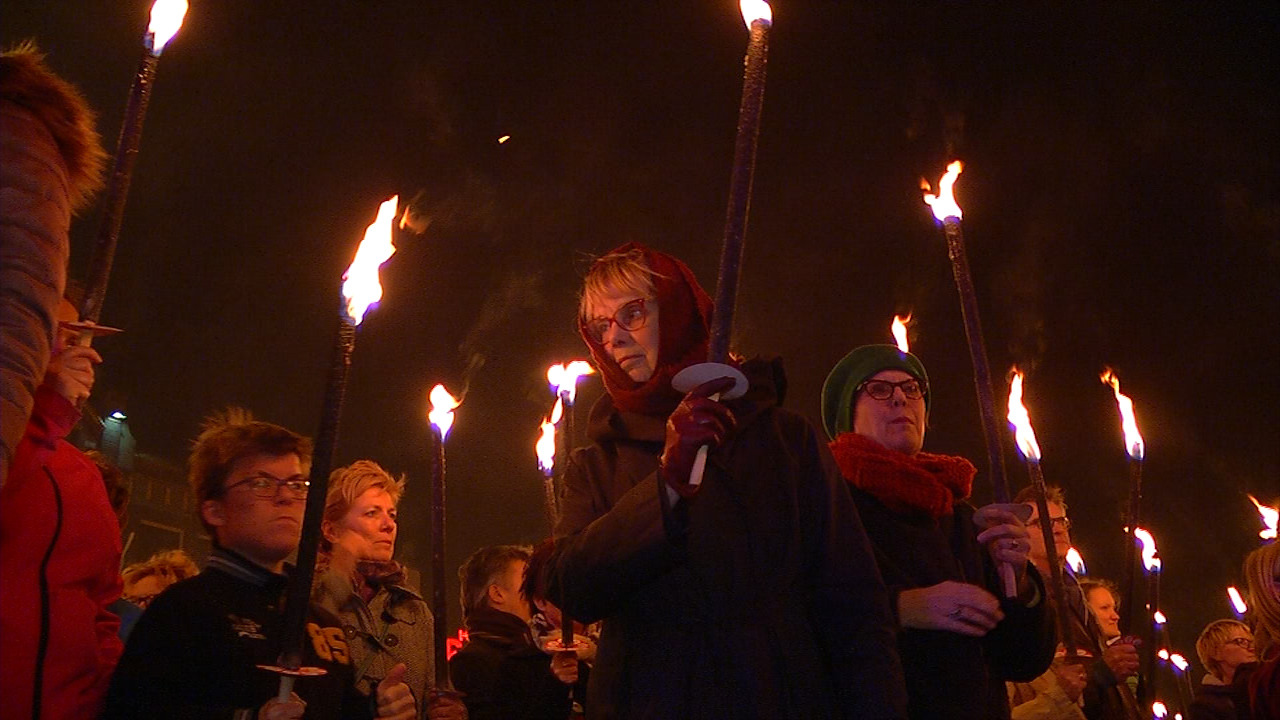 Peace and tolerance. That is where the annual torchlight procession is all about in Eindhoven at Christmas Eve. Also this year there were thousands of people walking along for a respectful and tolerant society.

24 Years ago the first procession was held in response to an attack on Turkish migrants in Germany. This Christmas Eve many participants reflect on current events: the protests on the influx of refugees, and the attacks in Paris.

The tour started on Wilhelminaplein and ran across the Eindhoven city centre. Mayor van Gijzel held a speech, and city poet Nienke Esther Grooten read a poem about peace and tolerance.