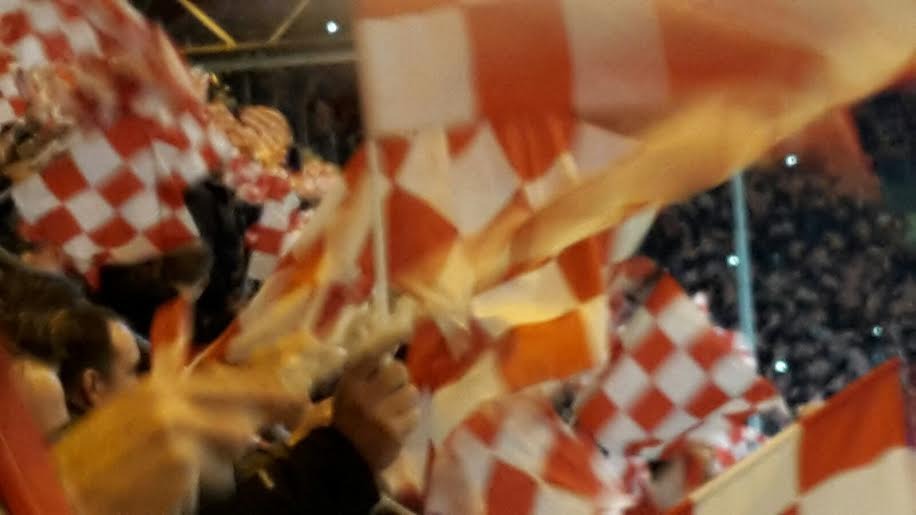 PSV have reached the UEFA Champions League round of 16 for the first time in nine years after a dramatic 2-1 victory against CSKA Moscow in a scintillating match in the Philips Stadion on Tuesday evening.

Phillip Cocu´s team battled for every inch on the way to get the result and were rewarded in the closing stages when goals from Luuk de Jong and Davy Pröpper cancelled out a penalty that had put the visitors ahead.

PSV dominated first half proceedings, but no goal was made from both teams. CSKA also needed a goal and with Wolfsburg leading United, a draw would be enough for PSV.

The game sparked into life after the break and turned into a high-tension affair. On 76 minutes CSKA won a soft penalty after Guardado had tripped Toši? in the box. Ignashevic stepped up and sent Zoet the wrong way: 0-1.

PSV were level again barely two minutes later. Guardado´s free kick was not cleared very well; Hendrix headed the ball into the path of De Jong who was on-side and calmly put the ball past Akinfeev from close range: 1-1.

The Philips Stadion erupted and Davy Pröpper sent the crowd into raptures in the 86th minute when he put PSV 2-1 up with a well-placed low right footed shot just from the outside of the penalty area: 2-1. PSV held on in the remaining minutes and finished second in Group B, behind VfL Wolfsburg who beat Manchester United 3-2 in the other Group B fixture.

The draw for the UEFA Champions League round of 16 will take place in Nyon on Monday, December 14.