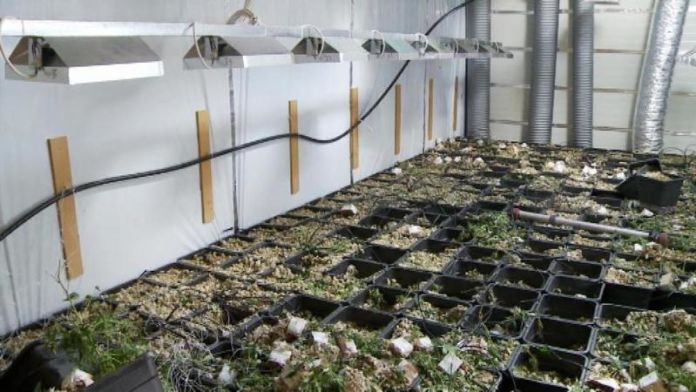 There were a number of business units on the premises. Initially, police found 85 cannabis plants in the farm. A suspect was arrested at the scene, a 50 year-old man from Eindhoven.

The energy supplier indicated that electricity had been stolen. Police decided to search all the units on the premises and discovered a second cannabis farm containing 800 plants.

At around 12:30 p.m., a 60 year-old man from Aarle-Rixtel was also arrested. Police are currently still clearing the cannabis farm and the investigation is ongoing.