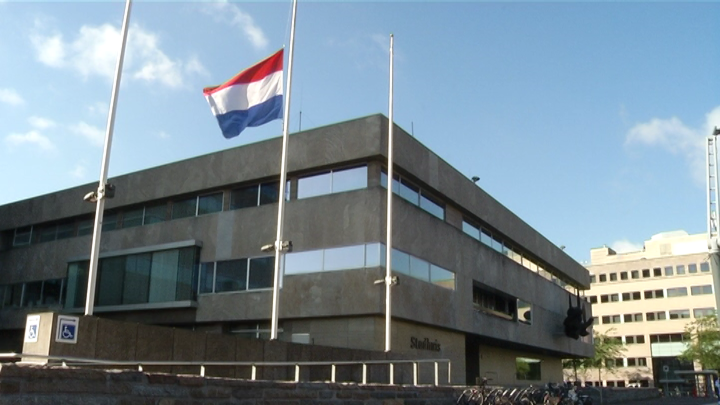 At 12 p.m. today, throughout all of Europe, in the Netherlands and also in Eindhoven, a minute’s silence is being held to commemorate the victims of the terrorist attacks in Paris.

For anyone in Eindhoven who would like to share in the commemoration, City Hall is open for a moment of reflection together, to commemorate the victims of the attacks and show solidarity with the surviving friends and family. Mayor Van Gijzel will also be present, and will say a few words.

There were several moments of reflection on the attacks in Paris at the weekend. The Glow festival closed in a more subdued way than was planned, and a number of buildings, including the Evoluon, were illuminated in the colours of the French flag.
http://www.studio040.nl/tl_files/beeldbank/Gemeente%20en%20regio/Stadhuis/Vlag%20halfstok%20Stadhu