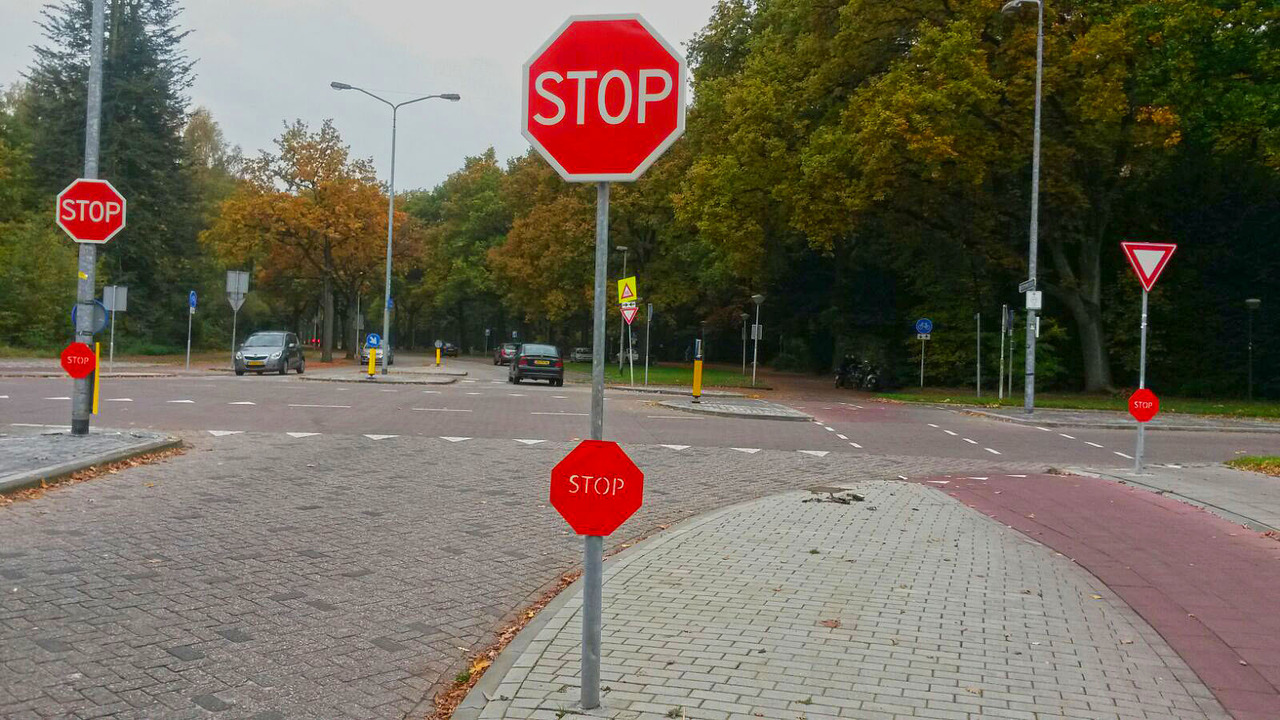 Eindhoven city council is taking measures to improve the notorious ‘Bruma-crossing’ on the Achtseweg Zuid and Bezuidenhoutseweg.

Stop signs have now been placed at the intersection, requiring motorists to stop before crossing.

Eindhoven resident and road safety campaigner Harrie de Mol called it "a start" on Facebook, but pointed out that there are no signs for cyclists.

A known accident hotspot, the intersection got its name after PSV (Eindhoven football club) centre back Jeffrey Bruma was involved in a collision there in 2014.