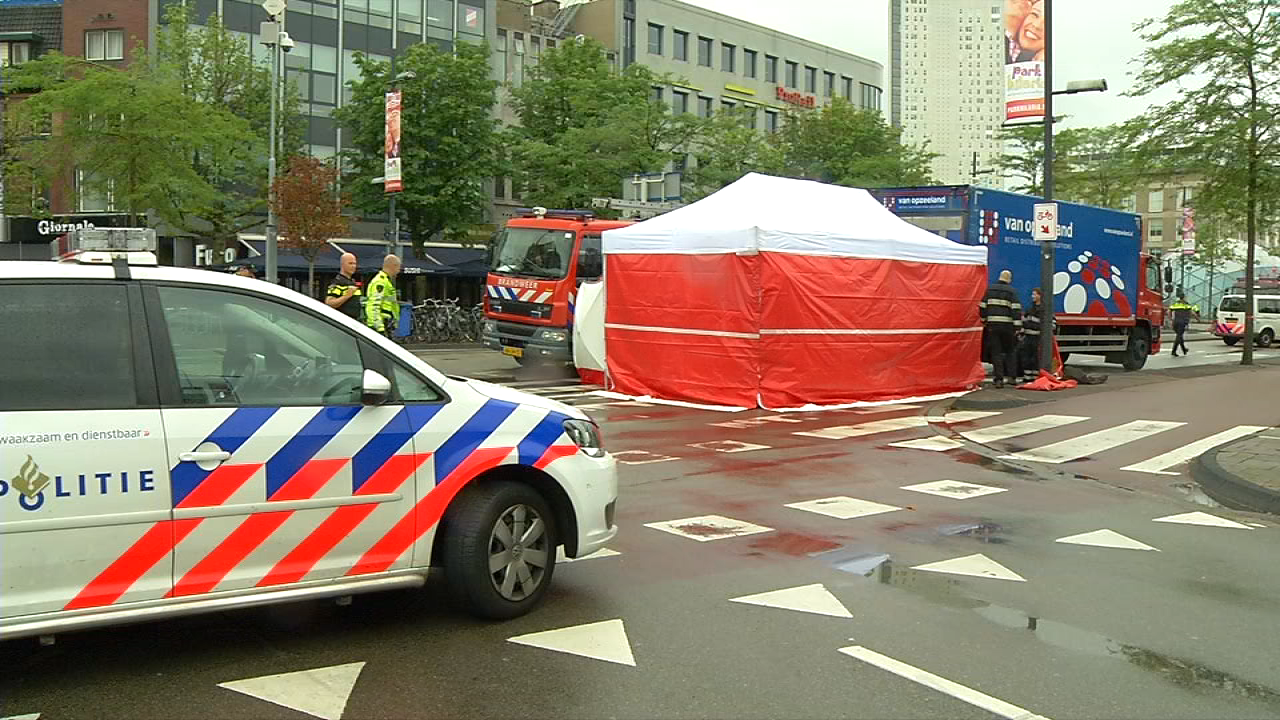 The Stationsplein (railway station plaza) in Eindhoven, was the unfortunate scene of a deadly collision.

A pedestrian has been run down by a truck on the pedestrian path connecting the Stationsplein with the railway station. According to a taxi driver at the scene, the truck driver has overlooked the woman who was crossing the street towards the city centre.

The woman’s identity is already known to the police, it concerns a 20-year-old woman from Gemert.