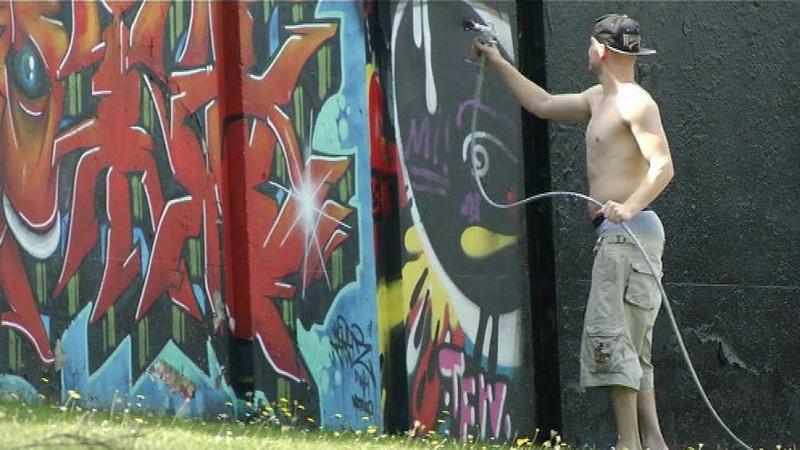 After five weeks of practicing some 350 children from Eindhoven are allowed to demonstrate their graffiti skills today.

The final of the Graffiti Kids Battle is in the Berenkuil, the middle of a roundabout in Eindhoven. The children can then show their perception of Eindhoven through graffiti.

The kids start at 10am. They get one hour. Around 11 o’clock the winner will be announced. He/She may participate in the "real" ‘Step in the Arena’, the graffiti contest this weekend, that attracts many international artists.