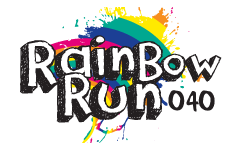 The registration period for the Rainbowrun040 been extended: to June 10, you can now register for the running event. The organization took this decision due to high demand and announced it on Twitter.

On Saturday, June 20th the second edition of the RainbowRun is organized. The route also runs on the High Tech Campus. During the run the runners are sprinkled with colored powder.

The run is to raise money for research into ALS. The entry fee goes to ALS, but many runners are also sponsored by friends and family.

The first edition had about 5,000 runners participate. This year there is room for 7,500 people.