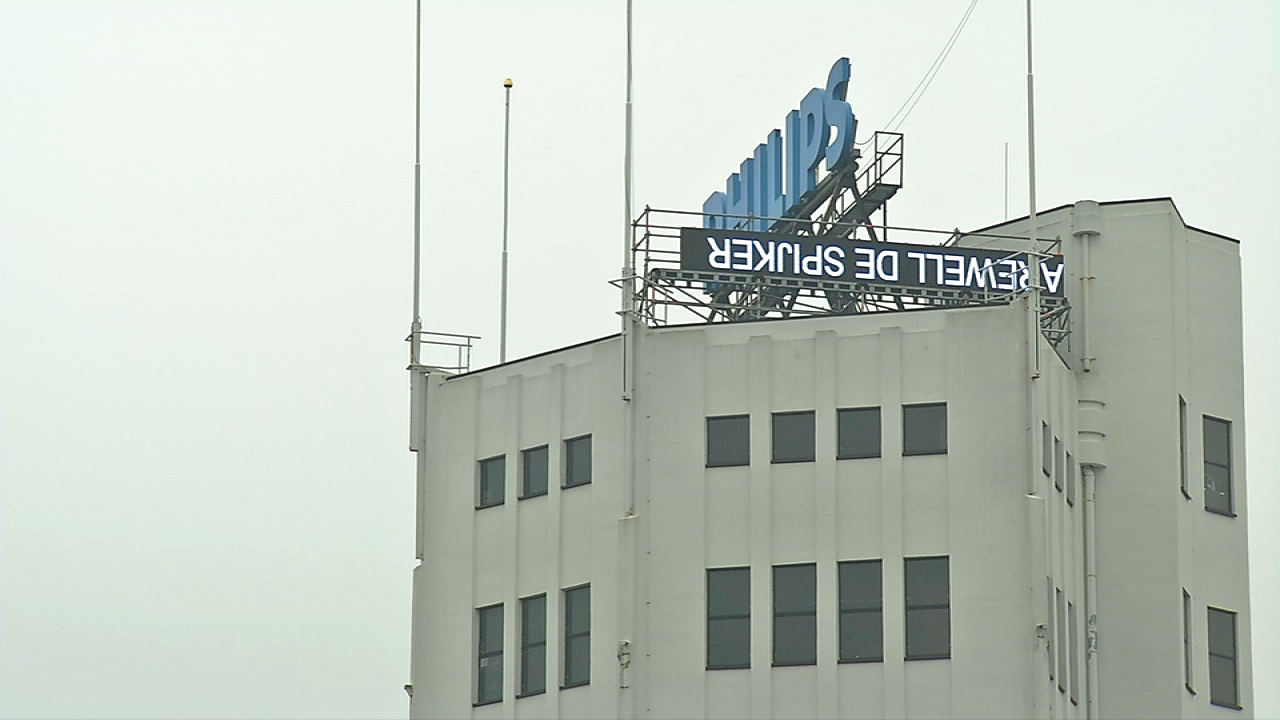 ‘Welcome islamic state’ and ‘farewell mother’. Strange texts like these appeared on the ‘Lichttoren’ (Light Tower) this afternoon. And caused quite a stir.

These lines are taken from a farewell poem by Dries Verhoeven and are part of the art project Fare thee well! This project is shown during the Eindhoven STRP Festival, which started today.

Fare thee well! is about saying goodbye to parts of the world, to civilisations, beliefs and personal belongings, which have either disappeared long ago, or will, someday, inevitably disappear too. The audience looks through a telescope on the top floor of the Klokgebouw building, at Strijp-S, and sees the world as it appears from two kilometres up, only, upside down.

In the centre of the image is a ticker on which a continuous stream of notions and viewpoints are shown. Thus, a critical and melancholic reflection emerges – a vision of the city of Eindhoven as it looks right now. This is a visual requiem for the metropolis in times of crisis – with the occasional glimmer of light in the distance.

The sentence ‘Welcome islamic state’ has been removed, because it had caused considerable public concern. STRP-manager Angelique Spaninks made clear that it had not been the organization’s intention to raise such a stir.