Home NEWS Dutchies say, “You have to learn it on an old bike” 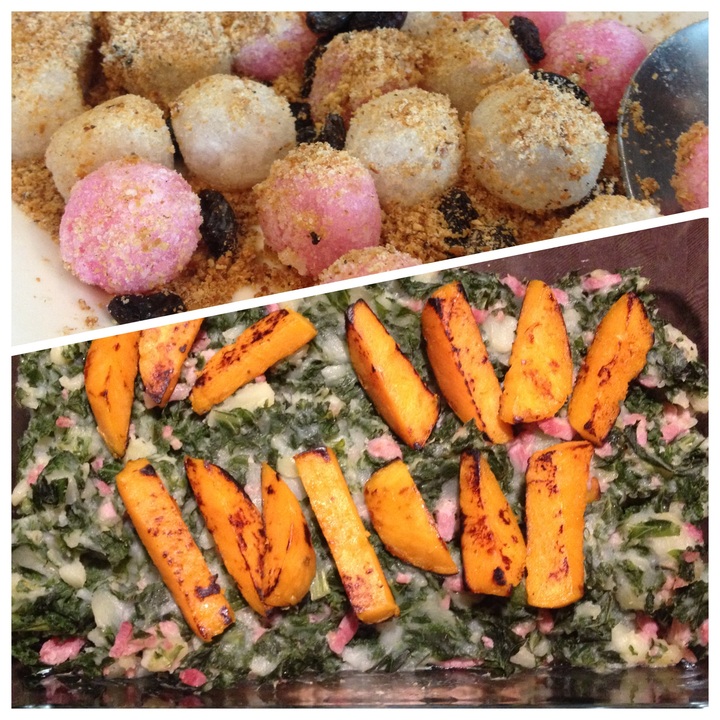 If you ask what I miss the most about Taiwan, I would say food and fruit. Also, it is very important to know that our traditional festivals all year around are mostly food-related.

The most recent one is Lantern Festival. It is the first full moon night of the Chinese New Year; and falls on March 5th this year. On this day, people eat "tang-yuan". It is made with sticky rice flour filled with sweet stuffing. Its round shape symbolizes completeness and happiness. These days, it is a popular dish at weddings. Believe it or not, eating 7 "tang-yuan" at a wedding will bring love to single people.

Call me superstitious, but I did that every time I attended to a wedding when I was single.

I love the idea that there is always a story behind the food. I am wondering what the stories are behind the rather bland Dutch food. I know my mother-in-law will never agree with me if she hears how I describe Dutch food.

Based on my experience from last year, Dutch dishes are quite predictable and usually prepared in one out of these three ways: they are mashed, water-boiled, or deep-fried.

Stamppot is the best example here.

It is a combination of mashed potatoes and water-boiled vegetables, sometimes with deep-fried bacon or sausages. It tastes ok and the presentation is just fine. There was really not much I could say when my Taiwanese friends saw the picture. "So, did you actually drop all the food on the floor by accident, and quickly put all of it back in one big bowl, then serve?" It sounds like they were questioning both the Dutch cuisine and my cooking skills!

What if I add a bit of Taiwanese touch to give it an exotic look? Sweet potato it is! It turned out to be a successful strategy. The sweet potatoes enriched not only the flavor but also the appearance.

If only food could talk, all the mashed potatoes would be looking at the golden brown sweet potatoes on top and asking, "Wow, did they just come back from the beach? They have such a great tan."

According to Google, this dish has its roots in the Siege of Leiden. On October 3rd 1754, a big storm helped the Dutch rebels flush the Spaniards out. The Spaniards were in such a hurry and left a big pot of stew behind. It was a mix of carrots, onion, and meat. The starved citizens of Leiden finished the stew and gave it a name, "hutspot" (mixed-pot). If you go to Leiden on October 3rd, you might still see people eat hutspot to celebrate the liberation there.

In the 1800s, Dutch people developed their version – potatoes with mixed vegetables, as it only took little effort to mash potatoes. That’s how this dish got its name, "stamppot" (mashed-pot). In my mind, I have a picture of the rebels stamping real hard on ground and yelling at the Spinards, "Get out of here and never come back again!"

Now I have a story to tell our guests from "Withlocals"! My husband likes the concept of "Withlocals" and he recently came up with the idea of hosting a typical Dutch meal for travelers who want to get the insight into the local Dutch lifestyle. As a half-local, half-international wife, of course I give him my full support.

Let’s see, stamppot will be the main course without saying. I might also need to prepare some answers to the questions from those guests. For instance, what has impressed me the most in Holland?

This one is easy. Bikes! The amount and types of bikes in Holland are definitely second to none. What’s more, I just love seeing couples holding hands while cycling side-by-side. In fact, it has become a habit of us.

There is even a Dutch saying about bikes: "Op een oude fiets moet je het leren." (You have to learn it on an old bike.) This is an old Dutch saying and its meaning nowadays is interestingly related to sex. "If you want to learn how to have fantastic sex, do it with someone old(er) than you."

I have no doubt that Dutch people use this to tease their friends who flirt with or date someone old(er). Speaking of which, I am one year older than my husband. Did the saying ever come across his mind before he first asked me out?