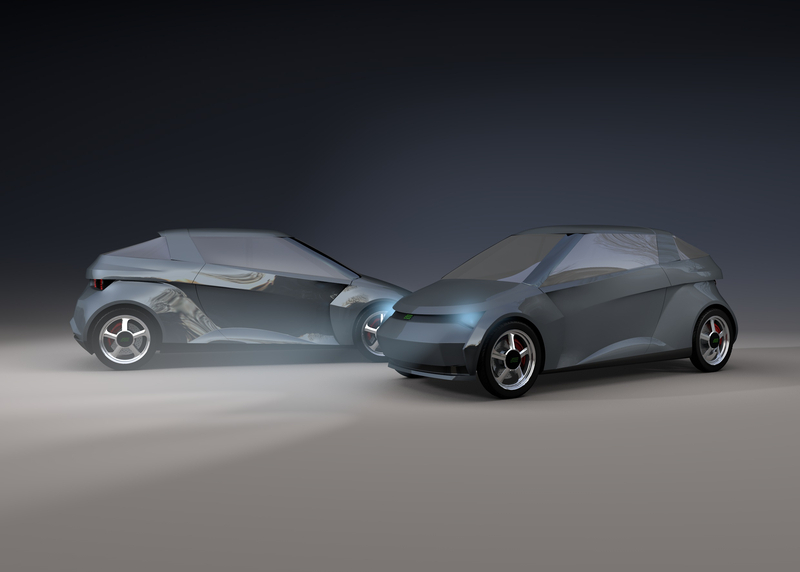 The world’s very first modular car, the first-ever car made of biocomposite, and the first three-seater ‘consumer car’ in which the driver is seated in the middle of the vehicle. These are the most striking features of Nova, the new electric car TU/ecomotive will be peddling over the next few months. The student team presented the design in the Auditorium of the Blauwe Zaal on Wednesday night.

Last year, TU/ecomotive built a bona fide city car, but this year the new team wanted to present a car that can be used in a number of situations. On top of that, Nova is supposed to be a car for life that ‘matures’ with its owners, as they can modify their vehicles in all kinds of ways to suit their use and needs.

One of Nova’s features that stand out the most is the fact that it’s a three-seater in which the driver is in the front on his own, in the very middle of the dashboard. Team manager Steven Nelemans points out that it’s a perfect example of User-centricity: “The driver is the center of the vehicle, quite literally”.

Nova’s body will be made of biocomposite, a relatively new organic material that’s used for the tables in the new Sprinter trains of NS, for example. The team says Nova will be the first car with a body made of said material. Users can opt for several colours and shapes and can give their cars a completely new look in only thirty minutes.

There were no examples of the interior yet last Wednesday night, but Nova can be personalized on the inside just as well. The battery packs and engine can be tinkered with to one’s heart’s content as well. Nova comes with three compact ten-kilo battery packs: thirty kilos in total. De Geus: “If one pack dies, you just install the other pack and you’re ready to go again straight away.” The team claims the three packs will get the driver some 100 to 150 kilometers on the highway.

Mid April, Nova will debut at the 2015 AutoRAI. However, it will not be driving until May 11, when TU/ecomotive will start its week-and-a-half company roadshow. Final destination will be Rotterdam, as that’s the starting point of the Shell Eco Marathon on May 21.