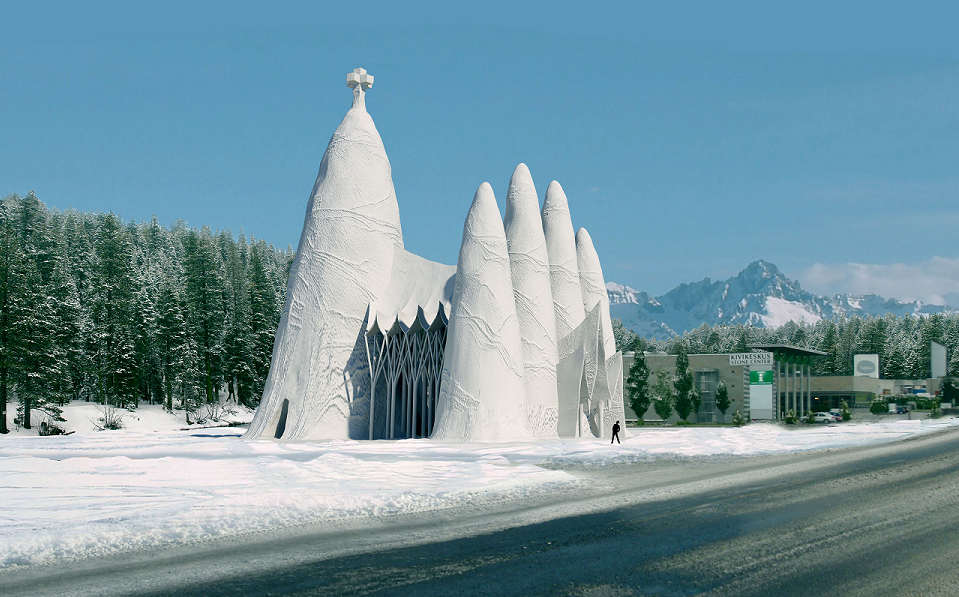 On Sunday 28 December a team from Eindhoven University of Technology (TU/e) will travel to Finland to build a church of ice in Juuka, based on the Sagrada Familia, from pykrete – ice reinforced with wood fibers. They aim to complete the almost 30 meter high model of the famous church in Barcelona (built on a scale of 1:5) in just three weeks. The construction of this model will be less intricate than the original building, though. The official opening is on 24 January, 2015.

A 50-strong team of volunteers will build the ice basilica by spraying thin layers of water and snow onto large, inflated molds and allowing it to freeze. They first spray a layer of snow, followed by a layer of water containing 10% sawdust. That mixture, called pykrete, is immediately absorbed by the snow and then freezes. The wood fiber content makes the material three times as strong as normal ice, and it’s also a lot tougher.

By building this church, students Teun Verberne and Jordy Kern want to show that pykrete is well suited for temporary constructions. Last year a team of TU/e students built the world’s biggest ice dome, with a height of 10 metres.