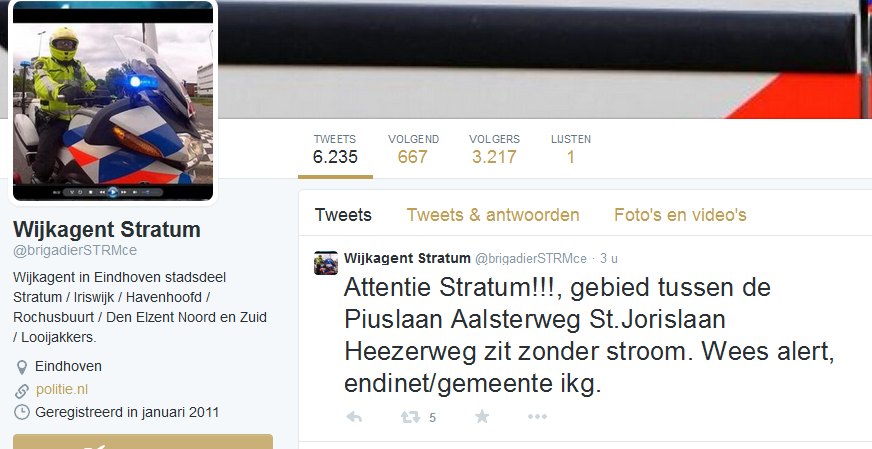 Sunday evening, the Stratum neighbourhood had a power cut that lasted for almost two hours.

Dozens of homes at the Heezerweg, Aalsterweg and Piuslaan had a power blackout for about six hours.

The power failure was caused by a cable defect. The blackout was solved around 19.00 Hrs, the spokesman of Endinet confirmed. It is unclear what created the defect.