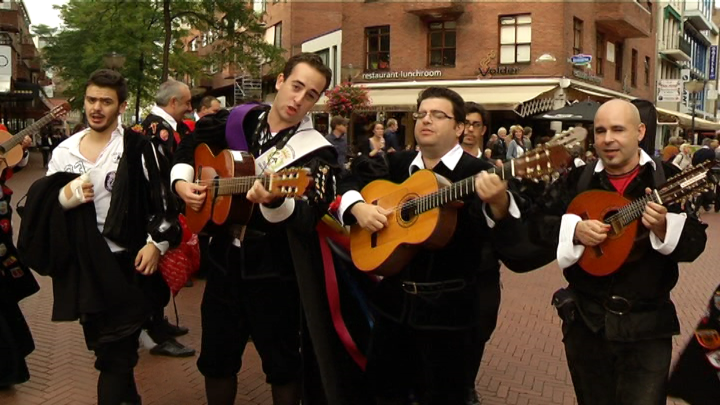 The 50th anniversary of Tuna Ciudad de Luz is being celebrated at the TU/e this weekend. Five hundred musicians have travelled to Eindhoven in order to make music together.

This weekend’s highlight will be the ‘Certamen’, the game. During this game all Tuna Groups will ‘battle’ for several awards, including best group, most sociable group and best soloist. Yesterday afternoon the festival started with the ‘Pascalles’, a two-hour tour of the city centre.

A tuna is a group of musicians who sing and play Spanish music. This phenomenon originated in Spain, when students travelled around in musical groups to visit teachers. Nowadays, nearly every Spanish university has one or more tunas.

Fifty years ago Tuna Ciudad de Luz was founded and it is the oldest Tuna outside Spain and Portugal. Ever since they have kept this Spanish tradition alive in the Netherlands. On the occasion of this anniversary a new CD will be released and a jubilee book will be published.