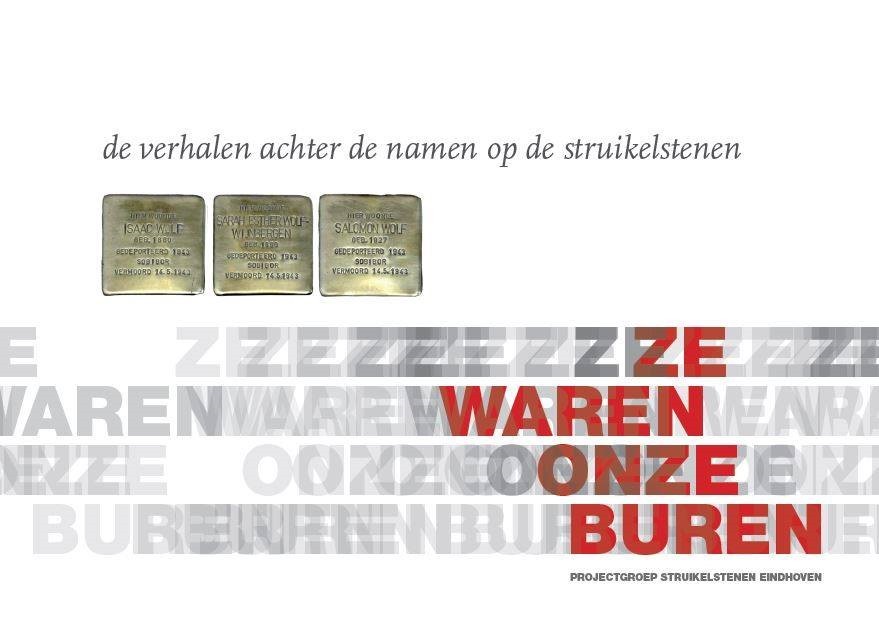 The new book about Jewish victims from Eindhoven of the Holocaust made by the project group ‘Struikelstenen Eindhoven’ will be presented at the Van Pierre bookstore coming Wednesday.

The name of the book is "Ze waren onze Buren" (they were our neighbours). In the book the stories behind the names on the ‘Stolpersteine’ (stumbling stones).

The ‘Stolpersteine’ are little monuments in the pavement created by Gunter Demnig. They commemorate a victim of the Holocaust. In Eindhoven there are 240 of those ‘Stolpersteine’ with a name, date of death and the concentration camp he or she was taken to.
In total more than 30.000 stones are installed all over Europe and Russia in 596 cities.

The book tries to give more background of the people of the ‘Stolpersteine’.

If you like to join the presentation send a mail to eindhoven@vanpiere-eindhoven.nl. It starts at 19.30hrs.