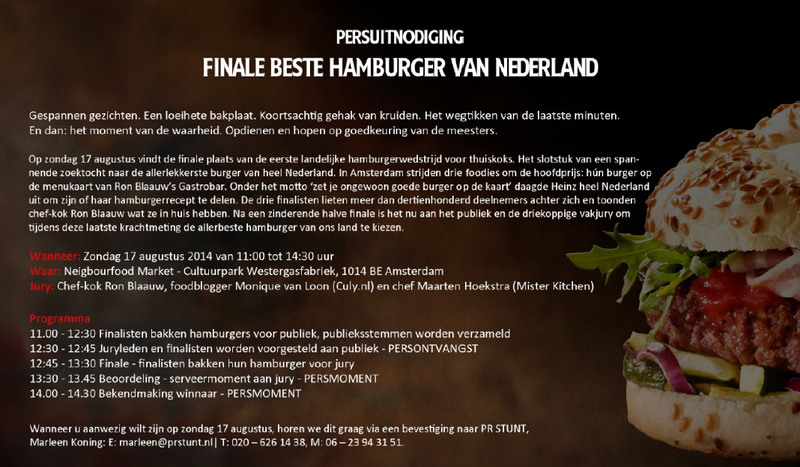 The Eindhoven citizen Robert Burger makes it to the finals for ‘Best Burger in the Netherlands’.

Defeating 1,300 other kitchen rivals, Robert Burger is one of three finalists of the competition "Zet je burger op de kaart’, (Put your burger on the map), organised by Heinz.
Burger works as a cook at 1910, Restaurant and Bar on the Wilhelmina Square.

Burger: My recipe is a Moroccan burger of minced lamb with coriander, cinnamon and cumin. It is served with cheese and lettuce on Turkish bread.
The burger recipe that will win the competition will be featured on Chef Ron Blaauw’s menu of Ron Gastobar.