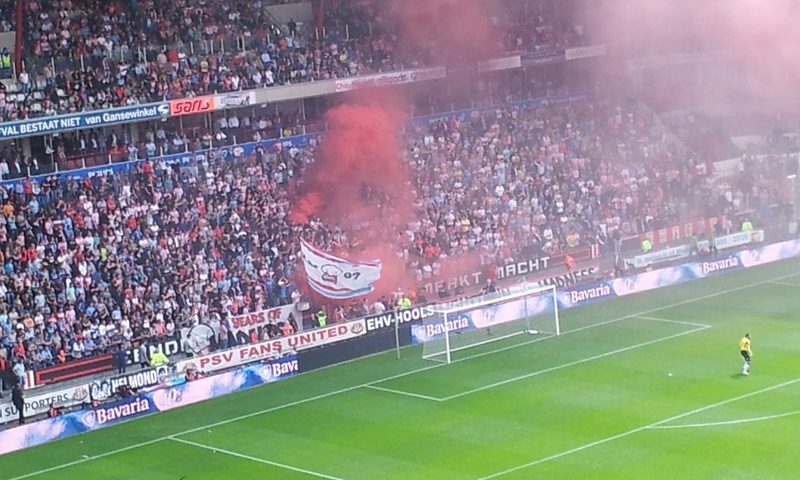 PSV has sent emails to supporters who have season tickets for sections T and U, requesting them to remain seated during matches. At present, supporters in those sections often follow the match while standing.

The supporters of section T and U were not amused by the request. They posted angry messages on Twitter and sent furious reactions to the club’s management. For that reason the club decided to give additional explanation on the website.

PSV wants to stress that a good atmosphere, support and enthusiastic encouragements are obviously welcomed by the club, but that the eastside stands have been decided to be the ‘atmosphere’ section. According to the club there have been complaints from people in the sections in question, because they do want to watch a match while sitting down and cannot see what is going on now.

The club is not proposing to take tough measures, but does count on the responsibility of all supporters.