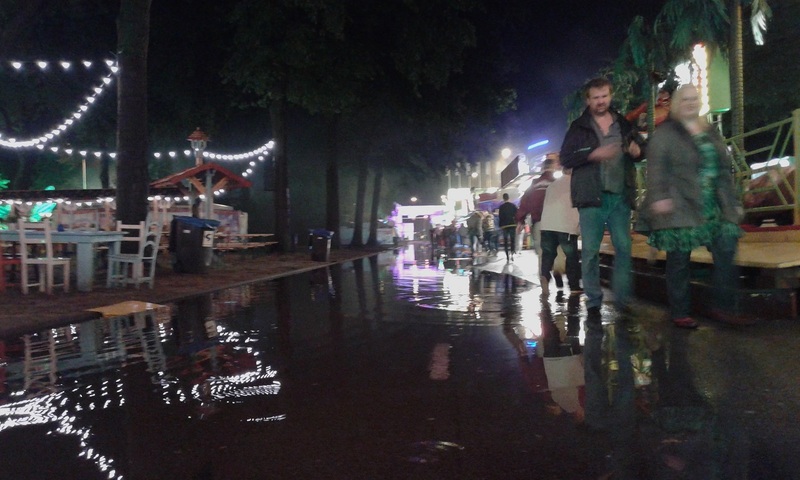 Friday night’s storm caused considerable nuisance to Park Hilaria in Eindhoven. Visitors to the funfair called it a “water ballet” on Twitter and wondered whether Noah’s Ark was nearby.

The rainfall was heaviest around 21:00. At that time it is usually quite busy at the fairground on Fridays. As far as we know, the fair attractions were not shut down due to the storm.

Elsewhere, nuisance by the rain was reported as well. The emergency services were called to related cases of flooding, such as at Café the ‘Zwarte Zee’ (Black Sea) at the Boschdijk.
The Boschdijktunnel was also flooded, which caused some inconvenience for traffic to downtown Eindhoven.

Other reports of flooding came from the Willemstraat in the inner city, the Kortonjolaan in Stratum and the Gagelboschplein in the Bennekel. Apart from that, a cellar was flooded at the Wegastraat in Woensel.