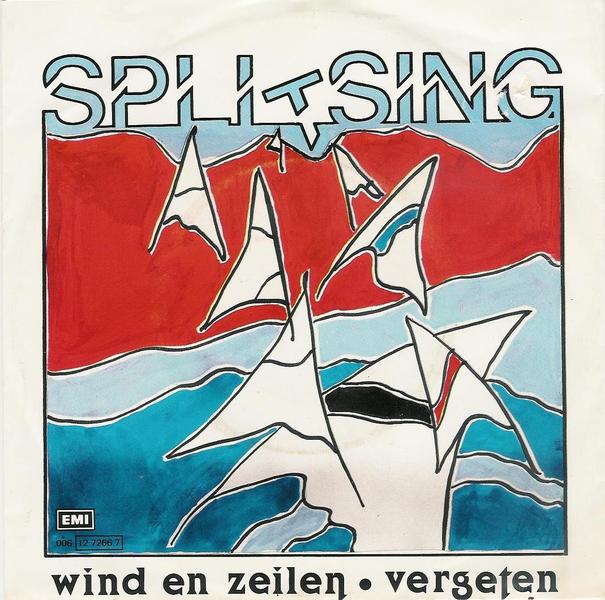 You wouldn’t say so looking at the weather today but apparently it’s summertime. And I don’t think you have seen the television program ‘Groeten van MAX’, on Dutch television (I wouldn’t recommend it anyway). It’s a program about all the inconveniences of holidays; consumers complaining about their hotels, delayed airplanes, lost luggage, et cetera. First world problems indeed.

There’s one good reason to watch the intro tune of the program though. It’s one of those Dutch-language eighties hits you might recognize. When you turn on the radio during summer you can hear it every now and then. It’s called ‘Wind en Zeilen’ (‘wind and sails’) by the band ‘Splitsing’ (roughly translated as ‘split-up’). Spltising is one of the lesser known Dutch-language popbands of the eighties; a bit less famous than bands like ‘Doe Maar’, ‘Het Goede Doe’l, ‘Kadanz’ or ‘Toontje Lager’.

‘Wind en Zeilen’ wasn’t even a hit when it was first released, but it’s a personal favourite of many DJ’s, so it’s still getting quite a lot airplay on Dutch radio. The lyrics are simple enough and don’t have that much meaning, or it might be the sentiment, that the singer doesn’t feel like joining a huge traffic jam (‘lange files naar het zuiden’) and sunbathing at a Spanish resort (‘Spaans benauwd in Spaans beton’). The singer rather stays at home, having an active holiday sailing along the Dutch North Sea coast.

‘Splitsing’ was a sort of one hit wonder. Or, if you want to be precise, even a no hit wonder. ‘Wind en Zeilen’ never got past the Tipparade (i.e. ‘bubblin’ under’) back in 1985, but the song is still quite wellknown. ‘Splitsing’ split up (ha! how ironic) quite soon afterwards, in 1988, but singer Peter Groot Kormelink and musician Herman Grimme started a new band a couple of years later, called ‘The Jazzpolitie’ (‘jazz police’). They had a huge hit in the nineties with a song called ‘Liefdesliedjes’ (lovesongs), in which Kormelink expresses that no song is good enough to describe the beauty of his love affair. How romantic.

‘The Jazzpolitie’ also split up after a couple of years and I don’t think Kormelink has done much other musical stuff afterwards. Nowadays he organizes all sorts of events and festivals. Grimme is still quite active in the music scene of Groningen, the Dutch city where’ Splitsing’ and ‘The Jazzpolitie’ were both founded. I spoke to him about ten years ago, after a concert of his in a livingroom in Groningen as part of the Eurosonic Festival. He appeared happy enough to live a more relaxed life than during the hectic days of the success of his two former bands.

And thanks to Groeten van MAX, he doens’t need to worry about the royalties of his song anyway.