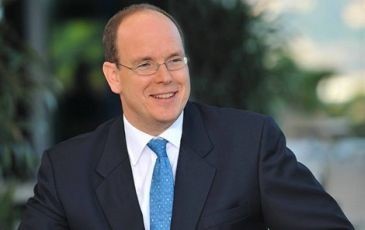 His Highness signed an agreement between the Prince Albert II of Monaco Fund and Philips, which will provide sustainable lighting for sports fields in South Africa. The Prince was accompanied by a business delegation of offshore, agro-food and energy companies.

The program at the Campus concluded his two-day official visit to the Netherlands. His Majesty King Willem-Alexander of the Netherlands and His Serene Highness Prince Albert II of Monaco attended the opening of the exhibition, Grace Kelly, Princess and Style Icon (Grace Kelly: Prinses en Stijlicoon) at the Loo Palace (Paleis Het Loo) in Apeldoorn on 3 June.

Prince Albert II is the son of Prince Rainier of Monaco and the famous American actress Grace Kelly.