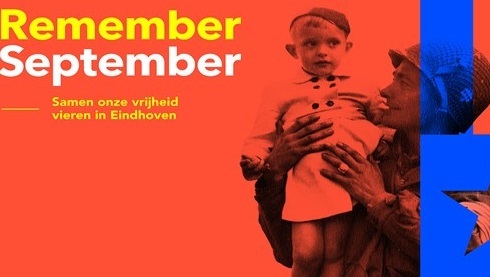 September 2014 will be a month to remember! Eindhoven will celebrate the 70-year Liberation of Eindhoven and this year it’s also the 30th anniversary of the ‘Lichtjesroute’.

Eindhoven celebrates its freedom and reflects upon how precious peace and safety every year, but this year is extra special.

Eindhoven’s hard-won freedom in 1944 led to the open international City of Knowledge that is Eindhoven today. Eindhoven commemorates its liberation every year in September. The upcoming 70th anniversary might be the last anniversary in the presence of the World War II veterans.
‘Remember September’ links the themes ‘commemorate’, ‘celebrate’ and ‘raise awareness’. The Anniversary week begins with the national memorial of Operation Market Garden, one of the most crucial operations in the battle of the Allied Forces to free the Netherlands from its occupiers in World War II.

600 military vehicles will pass through Eindhoven on Sunday 14 September 2014 exactly 70 years to Liberation Day. The Anniversary week from 14 until 21 September will end with a musical weekend programme at the City Hall (Stadhuisplein).