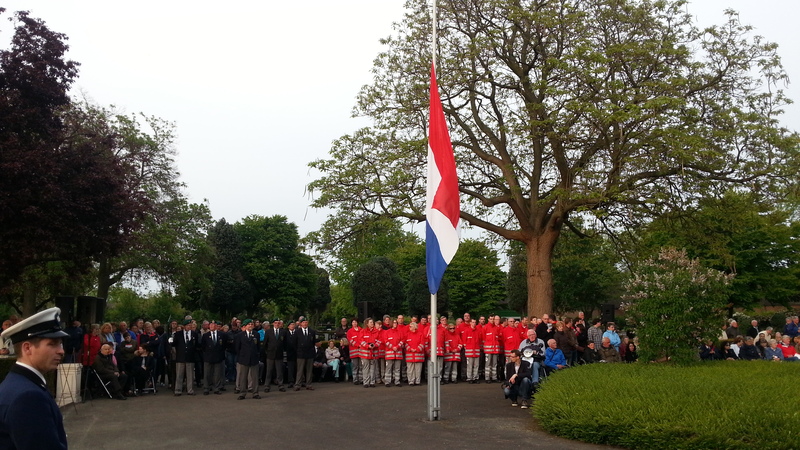 Mayor Van Gijzel used the opportunity during his address at the Annual Memorial Day to make a strong plea for Europe. He stressed the importance of a united Europe for keeping peace and security.

"In 1945 on the blood-drenched battlefields of pain and sorrow, the ideal of a United Europe was born. Once poverty and disagreements disappear and once reason becomes more important than power – that is when the most important sources for fear, misunderstanding and hate vanish.

Our youth belongs to the luckiest in the world. Yet, a dissatisfaction over Europe appears more and more in our society. Are we thus forgetting the young people who gave their lives for our freedom and lay buried here?"

Furthermore, the mayor indicated that at numerous places around the world, certain groups are still oppressed and persecuted for their race, belief or sexual orientation.
"Eindhoven has always been a place for people seeking a new future. A city where the future was made. A city of the future, of light and ideals.

Ideals are not always immune to fear, misunderstanding and hate. People are placed against each other and are turned into scapegoats. In Russia, being gay makes life almost unbearable. That is why it is positive that this year, we are going to organise the national Gay Pride Parade (Roze Zaterdag) in Eindhoven. We will show the world that Eindhoven is a free, safe and colourful city where people accept each other as they are."