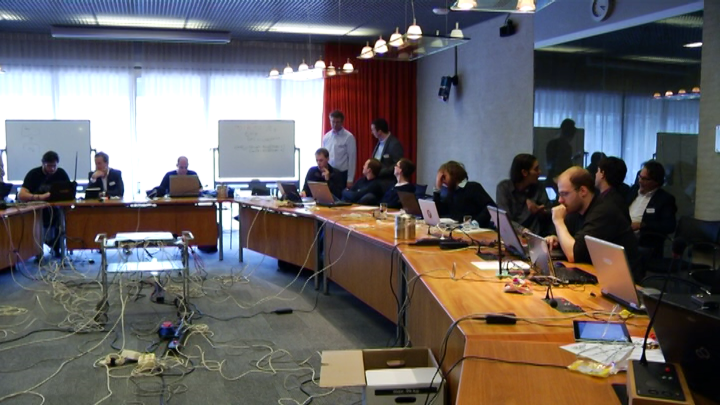 A few small mistakes in the computer system, but no major leaks. That was the result of Saturday’s ‘Hack me please’. The city of Eindhoven had its system voluntarily hacked in order to check the security.

‘Hack me please’ was an initiative of alderman Staf Depla and internet reporter Brenno de Winter. The municipality and the Cloud service provider opened up their systems for the test. As soon as a leak was found, hackers showed how to avoid them in the future.

Not much was found, however. Only a small amount of user data and the printer network was not very well secured, but most hackers agreed that it is not easy to hack the network of the city of Eindhoven.

‘Some small problems were encountered and will be dealt with on Monday’, alderman Depla announced. He noted the importance of having these tests done on a regular basis.

Brenno de Winter was also happy about the event. ‘It is good to see that hackers and providers can work together and are not interrupted by the Prosecutor’s office these days. We show that hackers are also people who want to contribute to society’, says De Winter.