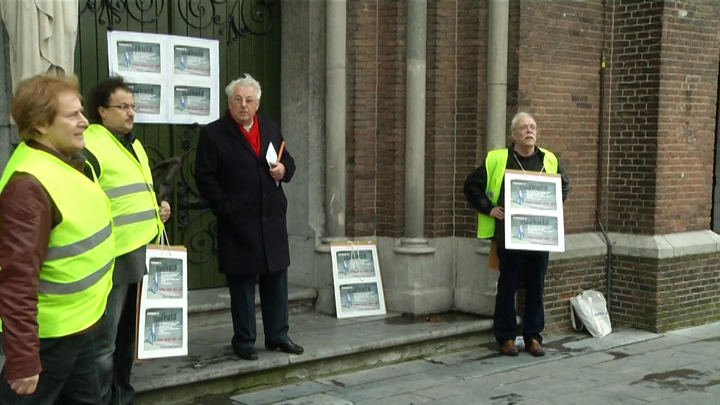 Around twenty people of the Ouderen Appèl (political party Senior citizen’s Appeal) protested against poverty among families in Eindhoven.

According to the senior citizen’s party, there should be dozens of families living on the streets. There’s also talk of over a thousand children in Eindhoven who go to school without having breakfast first.

During the protest an indictment was symbolically glued to the walls of city hall. At the Catharina church the protesters gave the go-ahead for a fundraiser for the Voedselbank (where people can get free food and groceries). The money that will be raised in the coming weeks, will be used to feed poor children in the city.

Neos, a relief and shelter organization reports that Eindhoven currently has ten families waiting for shelter. These families do have a temporary place to stay, usually with relatives. Neos is trying to find a permanent in-between facility for these people, together with the municipality and the GGD, the municipal health service.

The municipality and the GGD both say that they do not know of a thousand children going to school without having had breakfast.