Home NEWS PSV is plunging further down the ranking 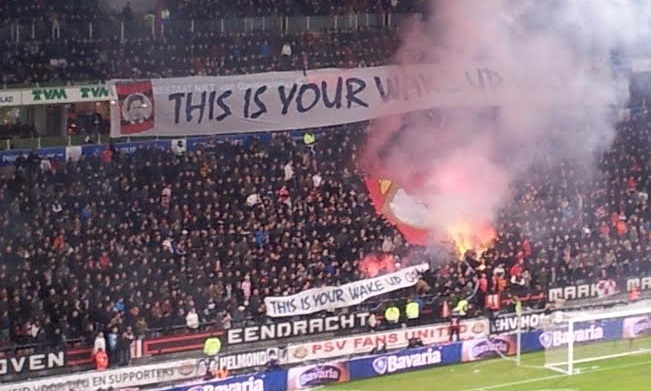 PSV loses 6th game in a row by losing from Vitesse 2-6 Saturday.

The team started the game with passion and dedication, supported by singing fans. Led by captain Stijn Schaars they showed some nice attacks, but the strikers did not manage to score.

Vitesse player Lucas Piazon then opened the score. Stijn Schaars was injured and had to leave the field. Just before the end of the first half, PSV’s Memphis Depay scored the equalizer.

The second half started differently. PSV, with Ola Toivonen replacing Stijn Schaars, was less dominant and lost many duels. Both teams scored again, but in the last minutes of the game, PSV made three mistakes that Vitesse transformed into goals.

Cocu says that Schaars’ departure was a turning point. The players were very motivated the first part, but the team’s cooperation was weak in the second part.

In January, PSV is starting a training camp in Gran Canaria, where it will also participate in the Maspalomas Cup.