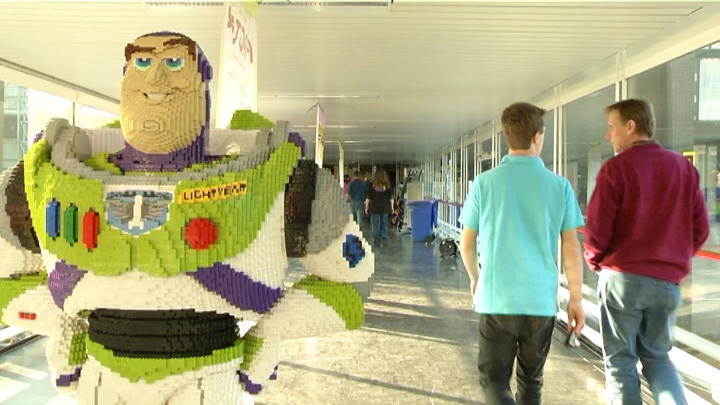 About 400 children participated in the regional finals of the FLL robotics championship in Eindhoven last Saturday.

The First Lego League is organized every year in order to encourage the interest in technique among youngsters. The robotics part of the competition revolves around designing and programming Lego Robots to complete tasks. The students work out solutions to the various problems they are given. This year’s theme was Nature’s Fury.

At the Fontys Campus in Eindhoven, 42 teams took part in the tournament, a total of 400 children from age 9 to 15. All teams presented their robots and solutions.

A jury decides which teams are invited to go to the First Lego League Benelux Finals in Utrecht on 25 January 2014. The best teams of the world with meet in the U.S. in April.