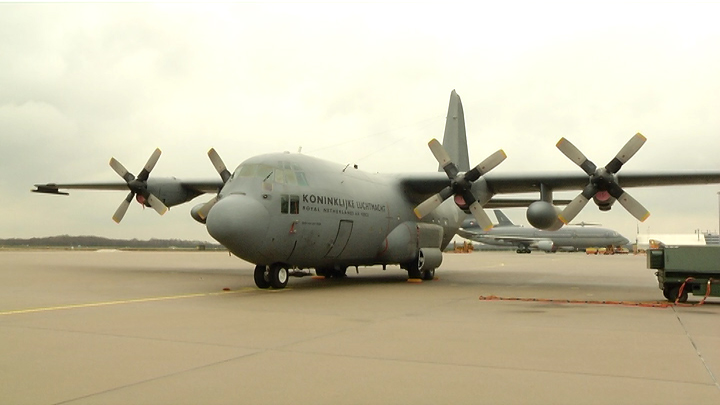 The plane, loaded with relief kits, that departed from Eindhoven Airport on Thursday, landed on one of the affected islands, Cebu.

Humanitarian organizations joined forced and collected relief items such as tents, medical supplies, water purification and sanitation kits. The relief kits come in addition to the 2 million euros of relief aid promised by the Dutch government.

The Royal Netherlands Air Force plane is due back in Eindhoven this afternoon.

Today, a nationwide fundraiser has started to raise money for the Philippines. Many humanitarian organization are on national television and radio from 6:00 until 24:00 Hrs asking people for donations to ‘Giro 555’ (postal bank account number 555).