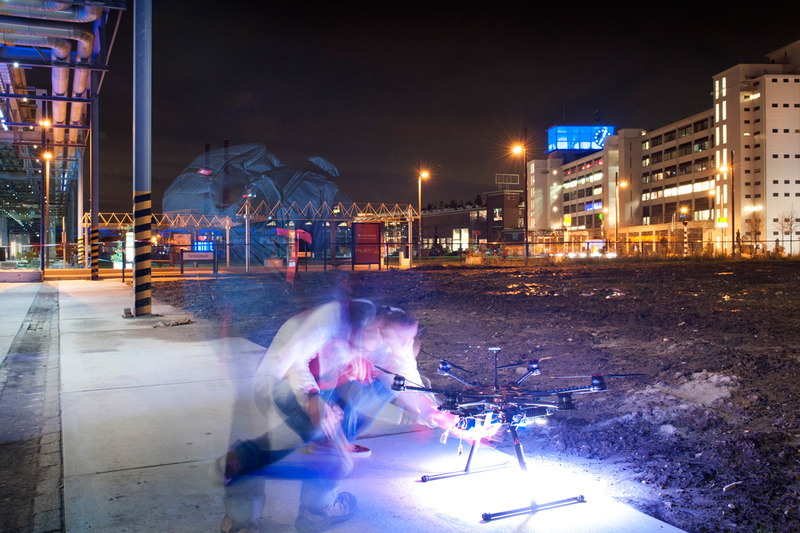 The light drones that are part of Glow-Next have been prohibited by Eindhoven’s air traffic control, for the time being.

The ‘If Light Could Fly’ light drones are not allowed to go up in the air anymore. ATC Eindhoven forbids further evening and night flights. These are commercial drones and they are only allowed to fly during day time.
The project’s organization is disappointed by the prohibition. The drones will only go up for about ten metres and certainly never any higher than the surrounding buildings. They pose no danger, but rules are rules, according to air traffic control.
The light drones are flying over a vacant lot surrounded by a fence. Besides that, there are always a pilot and a co-pilot who can put the drones down immediately in a threatening situation. The drones also have advanced software and sensors that makes them land on their own, once they receive an emergency command.
Eindhoven has a lot to offer in the field of design and innovation, but the airport is a major obstacle for the development of drones and that is very disappointing, according to a spokesperson.