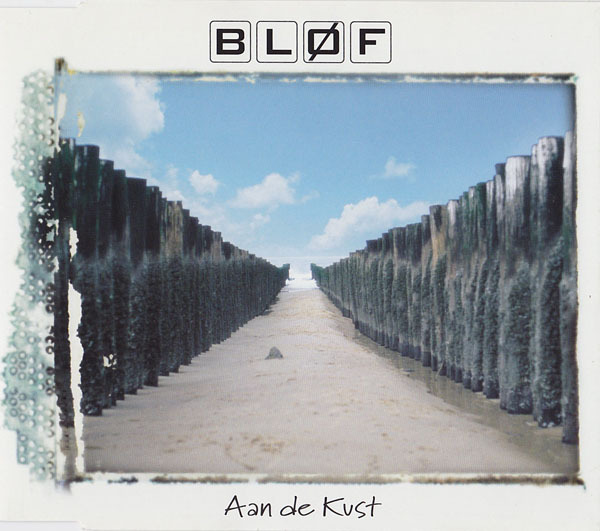 Been to Zeeland this summer? You probably have, because the beaches in Zeeland are lovely and superior compared to the beaches of Noord and Zuid-Holland. Believe me, especially in hot weather, those beaches are overcrowded, while the ones in Zeeland – and particularly in Zeeuws-Vlaanderen (Cadzand is great) – are more quiet.

Bløf (pronounced as ‘bluf’) is the ultimate band from Zeeland, not quite a province known for it’s grand history of good rock ‘n roll bands. They started back in 1992. Singer Paskal Jakobsen thought it impossible to write good rock music with Dutch lyrics, but was convinced when he heard the song Zuster (Sister) by the Amsterdam-based band The Scene, with singer Thé Lau. They released an album called Naakt Onder De Hemel (you could translate it as Naked Underneath The Sky) without the help of a record company but it wasn’t until 1997 they had their big break when the single Liefs Uit Londen (With Love From London), which became a big hit. Before that song became a hit they even considered taking part in the Eurovision Song Contest to have their big break.

While it proved to be their breakthrough, Liefs Uit Londen is not Bløf’s most famous song. Aan De Kust (On the Shore), the single they released after Liefs Uit Londen is a song that is regarded as an anthem for the Zeeuwen (as the inhabitants of the province are called), remains their most famous single. The problem is that the song’s lyrics, written by singer Jakobsen himself, are difficult to understand; nobody really knows what the song is about. First sentence: ‘de zoute zee slaakt een diepe zilte zucht’ is gorgeous with the alliteration of all the z’s (you could translate it as ‘the salty sea sighs a deep salty sigh’). But the other sentences are far less plausible. A few examples: ‘Vlissingen ademt zwaar en moedeloos vannacht’ (Vlissingen breathes deeply and numbly tonight), ‘alle schepen zijn verbrand, maar er is niets aan de hand’ (all of the ships have been burned down, but there’s nothing wrong) and ‘waar de liefde van de lust steeds maar weer zal gaan verliezen tussen goed en niet zo kwaad’ (I don’t even know where to start translating that one).
I suppose it’s meant to be poetry, therefore it’s not that strange that translating the sentences in English doesn’t make much sense. But to be honest, they don’t make much sense in Dutch either. But according to Jakobsen himself, the song isn’t meant to be an anthem about Zeeland. He even thinks his lyrics aren’t that positive about his own province at all.
Besides that, the song is the ultimate Bløf evergreen, year after year it can be found in the upper regions of the Top 2000. It’s especially strange considering that back in 1998 the song didn’t do so well. It reached the 27th place in the Dutch Top 40, but it did stay in the hit list for nearly three months.