Home NEWS Vreemd in Eindhoven – Nothing Short of Strange? 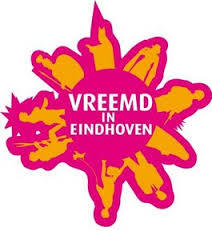 Imagine going about your daily routine and minding your own business until something strange arrives and stops you in your tracks; and then life as you know it has changed.

By Karen Choo-Haeberle 2 Oct 2011, Eindhoven – Over the centuries Eindhoven has been continuously visited and transformed by foreign visitors and the new influences, ideas and instruments they bring. Today, it is estimated that the foreigner population in Eindhoven consists of 158 nationalities.* Imagine! each individual bringing with them their knowledge and skills, and applying them to a new life here. Vreemd in Eindhoven or “Strange in Eindhoven” is a joint exhibition put together by Museum Kempenland and the Historisch Openlucht Museum Eindhoven (HOME), to embrace the idea that much of what we now consider or know to be societal norms and familiar was once non-existent and had to be introduced to the city by outside influences. In the exhibition at Museum Kempenland the topic of strangeness is discussed as being redefined over the centuries: What was once unfamiliar becomes commonplace, while what was bizarre is now ubiquitous. As Henry W. Longfellow eloquently put it, “Things must change to something new, to something strange.” Nolwenn Sabau, Assistant Conservator at Museum Kempenland, said, “This exhibition delves into 10 interesting and once-unfamiliar concepts that have transformed life in Eindhoven. They range from new building techniques and livestock introduced by the Romans from as early as 57 B.C, and the arrival of Christianity in the Early Middle Ages, to new flavours, spices and cuisines, as well as unique painting techniques and fresh architectural styles.” Our visit to the Vreemd in Eindhoven exhibition at Museum Kempenland was part of the Open Coffee International (OCI) monthly meeting. OCI is a social networking event organised by the Linkedin Group’s founder, Irene Martens, as a means of creating opportunities for international knowledge workers and students to meet new people and participate in group activities or outings. OCI members are mostly from the international community, or come from areas outside of Eindhoven. In either case they have an affinity for connecting with people from around the world. According to Martens, “When planning for October’s Open Coffee International meeting, I thought that the exhibition “Vreemd in Eindhoven” and its central theme was especially relevant to our international members as it discusses the centuries of influences introduced by “strangers” in Eindhoven.” She added, “Things that we now look upon as “normal” or consider part of “our culture” were mostly introduced by people from other countries and cultures. This exhibition shows how change and integration are natural processes that will always continue. It is enrichment for every society.” The Vreemd in Eindhoven exhibition will go on until 8 January 2012. For more information, visit www.vreemdineindhoven.nl.

To participate in Open Coffee International’s monthly meetings for a coffee and a chat, register with the Linkedin Group at http://www.linkedin.com/groupRegistration?gid=3820477[&]csrfToken=ajax%3A5725698089288097405.